As common as updates and facelifts are over any vehicle’s planned lifecycle, a certain amount of head scratching prevailed last month when Renault announced that it made changes to its plucky Duster range. Fresh from debuting in October last year with a four-wheel-drive (4WD) variant added in March, it seemed odd as to why La Régie felt it necessary to introduce a series of tweaks to its back-to-basics SUV, especially as sister brand, Dacia, introduced it to the world in 2017.

Contrary to what was expected, the shake-up was more of a subtle jig, whereby the Duster has now joined the Sandero Stepway in receiving the TechRoad moniker, albeit not just in the way of a badge located on the dashboard. 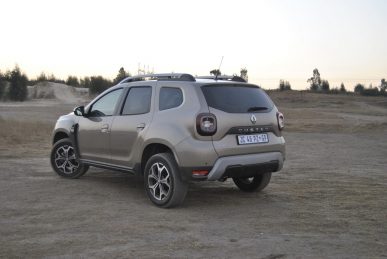 In fact, the TechRoad designation has now become a trim level in that it replaces the Dynamique nomenclature on all two-wheel-drive models with added exterior and interior fittings to differentiate itself from the 4WD Dynamique and the top-spec two-wheel-drive Prestige.

Despite sounding enticing as specification grades sometimes do, the “road” bit is anything but as the changes appear unremarkable when viewed on first glance, which was not helped by the press unit’s nondescript Dune Beige paint finish. 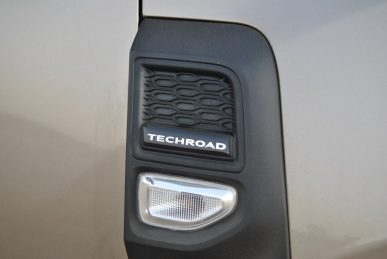 As unassuming as the changes have been, what has remained intact is the Duster’s macho appearance and rugged demeanour, aided by upmarket features such as the trademark C-shaped daytime running LEDs, prominent chrome grille and x-motif tail light clusters. 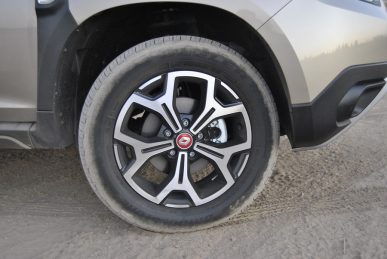 Opening the front door reveals the TechRoad’s biggest departure from the Dynamique, namely those cloth seats, complete with red-and-grey patterned upholstery, red stitching and red Duster lettering integrated into the seat back. Full leather seats can however be had for an extra R10 088.

In addition, the red theme extends towards the base of the gear lever, on the door handles, on the air vents and in the form of stitching on the door cards that brings some much-needed colour to what is an otherwise dark cabin, awash with grey plastics. That being said, the simplistic nature of the cabin’s layout has always been a hallmark of the current Duster with the admittedly monotone materials feeling solid in spite of the expected hard surface in some areas. 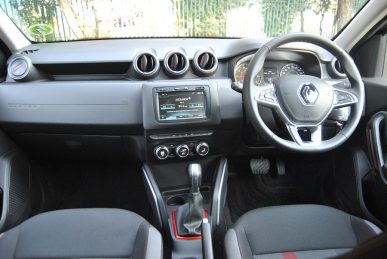 Compared to the ergonomic mess that was the previous Duster’s layout, Dacia’s minimalist design approach has resulted in a far more functional look with the climate control dials feeling chunky and the angled seven-inch MediaNav touchscreen infotainment system still rating as the easiest and most user-friendly of its kind today. In addition to offering Bluetooth, USB and satellite navigation, the system has now been upgraded to feature Apple CarPlay and Android Auto.

In typical Duster fashion, the TechRoad’s practical side is hard to fault with excellent levels of front and rear head and legroom and a capacious boot that measures 478 to 1 623 litres. 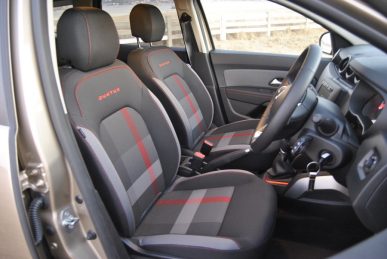 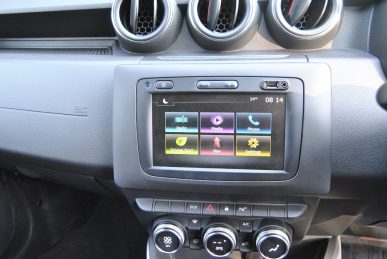 When talking of standouts, however, the Duster’s undoubted ace is the 1.5 dCi engine underneath the bonnet. In spite of not being as refined as the latest crop of oil-burners, the K9K turbodiesel still packs a strong punch of 80kW/250Nm, which it transfers to the front wheels via a six-speed EDC gearbox.

Although a six-speed manual is offered, the dual-clutch/turbodiesel combination that debuted on the previous Duster does not disappoint as the changes are smooth and well matched to the engine’s torque characteristics, despite some initial turbo-lag. 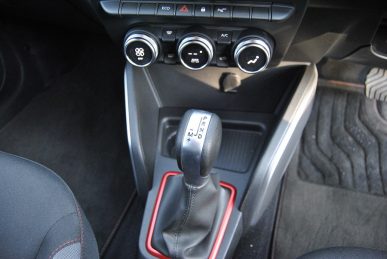 The effortless drivetrain plays its biggest trump at the pumps where after nearly 600km and seven days, the indicated consumption registered a best of 4.7l/100km, bettering Renault’s claim by 0.1l/100km. If this wasn’t enough, the mentioned distance was completed on less than half a tank with the distance to empty showing 450km.

The thought of Dacia re-entering South Africa after its short but horror spell in the early 1990s might have conjured up some dreadful assumptions, yet events have gone the other way as its conceived models, bar the hateful Kwid, now spearhead its parent company’s local operations. 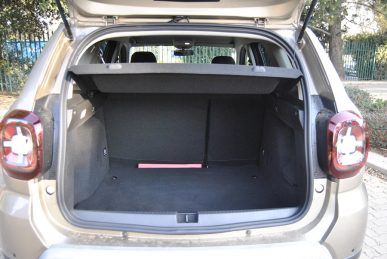 In the case of the Duster, this looks set to continue as the TechRoad, like the Dynamique, remains a superbly grafted package that is hard to beat. Factor in the R327 900 price tag for the EDC model, together with the same 210 mm ground clearance as the 4WD and you quite possibly have all the compact SUV you will ever need.