Funkier, new Hyundai i10 comes out of hiding

It remains to be seen whether Hyundai South Africa will re-introduce the i10. Having given a hint of what to expect from the new i10 in a teaser image released last month, Hyundai has now officially revealed the third generation version of its A-segment hatch heading to the Frankfurt Motor Show next week.

Made to suite European tastes, the i10 represents a considerable departure over its predecessor with a lowered, by 20 mm, roofline, a width increase of 20 mm, alloy wheel sizes up to 16-inches and a more ‘youthful’ styling with certain cues having seemingly come from the Grand i10 Nios unveiled in India last month. 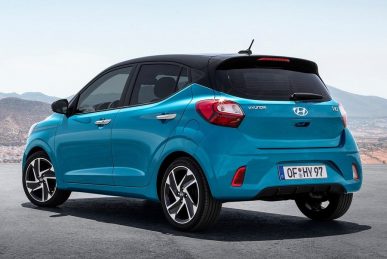 Boasting an X-shaped C-pillar, angular headlights, rounded daytime running LEDs carried over from its predecessor and a different take on Hyundai’s Cascading grille, the i10’s unconfirmed longer wheelbase has resulted in a boot that now measures 252-litres, with Hyundai also claiming improved side-wards visibility due to the aforementioned pillar having been lowered.

Inside, the interior now takes after that of the i20 and i30 with the same design and layout for the climate control switches, while a freestanding touchscreen infotainment display replaces the previous integrated unit. Measuring eight-inches, the system comes with Apple CarPlay and Android Auto in addition to serving as a display for the reverse camera, while a wireless smartphone charger now also features.

Although specification is bound to differ depending on trim level, safety in the i10 has been extensively upgraded to include Lane Keep Assist, Forward Collision Avoidance Assist with Pedestrian Detection, Auto High Beam Assist and Driver Attention Warning. 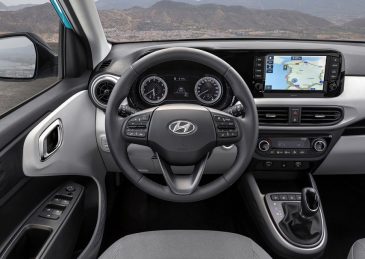 Up front, the i10 will be offered with a choice of two petrol engines; a 1.0-litre three-cylinder producing 49kW/96Nm and a 1.2-litre four-cylinder that delivers 62kW/118Nm. Transmission options on both include a five-speed manual or a five-speed automated manual.

At present, it remains to be seen whether Hyundai South Africa will re-introduce the i10 after discontinuing it last year to focus on the Grand i10. While purely speculative, chances are the Grand i10 Nios could be introduced in place of the i10 to keep costs down.