Ticks the scales at 70 kg heavier than the coupe but 20 kg ligther than the 488. Having showcased the F8 Tributo back in February, Ferrari, in a not unexpected surprise, has whipped the covers, and the roof, off of the Spider version ahead of this week’s Frankfurt Motor Show.

The replacement for the 488 Pista Spider, the F8 Spider, bar the switch in roof design, is otherwise identical to its fixed roof sibling despite Maranello claiming improvements in aerodynamics in spite of weighing heavier than the coupe. 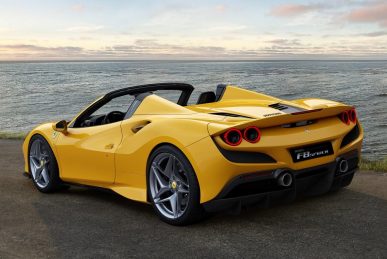 Ticking the scales at 70 kg heavier but 20 kg lighter than the 488, the F8 retains the retractable hard-top roof from its predecessor and indeed the 488, which can be lowered and raised in 14 seconds at speeds up to 45 km/h.

Fitted with side mounted air intakes to improve cooling unlike the 488, the 1 400 kg F8 Tributo retains the same interior and engine as the coupe, which displaces 3.9-litres aided by twin-turbochargers delivering 530kW/770Nm. 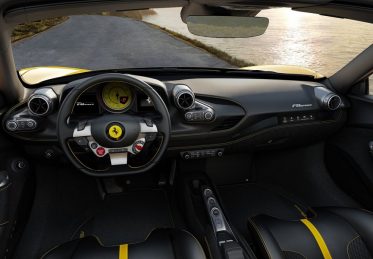 Riding as standard in 20-inch alloy wheels and fitted with the latest iteration of Ferrari’s Side Slip Control system dubbed 6.1, the F8 Tributo will make its public showing in Frankfurt as mentioned and go on sale next year with pricing to be confirmed.