Ferrari removes the lid off of its most powerful Berlinetta

The GTS still conforms to the moniker of its sibling. Ferrari has rounded its new range of Frankfurt bound drop-top models off by unveiling the 812 GTS ahead of the German showpiece’s opening tomorrow (10 September). Effectively the convertible version of the 812 Superfast that bowed two years as the most powerful normally aspirated model to emerge from Maranello, the GTS also revives a moniker last used by the 355 to denote Ferrari’s drop-top models, which in recent years have worn the Spider designation.

Aesthetically, the GTS takes inspiration, according to Ferrari, from the iconic 365 GTB/4 Daytona and while the front-end has been kept largely unchanged, the rear deck is all new with a novel addition being the dual buttresses which are said to differentiate it as a Berlinetta from the Spider. What’s more, the buttresses are offset by an electrically controlled rear screen that acts as a wind deflector with the roof down. 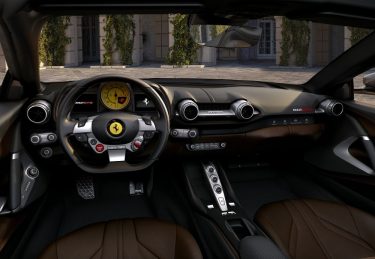 Like the F8 Tributo Spider, the GTS also comes with a retractable folding metal roof that can be opened and closed in 14 seconds at up to 45 km/h, and which has resulted in a 75 kg weight gain over the Superfast for a dry weight of 1 600 kg. Despite its comparatively portly weight, the GTS still conforms to the moniker of its sibling by receiving the same 6.5-litre V12 that makes 588kW/718Nm, which is send to the rear wheels via a seven-speed dual-clutch gearbox.