Audi officially kicked-off its new model unveilings at the Frankfurt Motor Show on Monday evening (September ninth) by revealing a plug-in hybrid version of the A7, followed by the highly awaited launch of the RS7 soon after.

The latest model within the Audi line-up to benefit from electrification, the officially titled A7 Sportback 55 TFSI e quattro remains visually unchanged from its brethren fitted with the S line styling package, but saves its differences for underneath its skin. 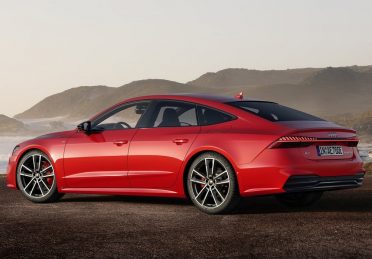 With the electric motor siting inside the seven-speed S tronic gearbox, Audi claims that the 55 TFSI e will travel up to 40 km on electric power only at speeds up to 135 km/h, while the rated fuel consumption is as low as 1.9 L/100 km.

Despite the battery pack, boot space is rated at 1 235-litres with the rear seats down, while driveis routed to all four wheels through Audi’s quattro’s four-wheel-drive system. 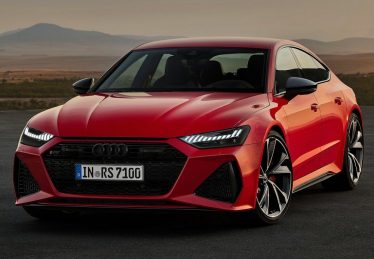 Hot on the heels of the RS6 Avant that debuted last month, the eagerly awaited RS7 returns as not only the flagship A7 model, but also the most extreme within the line-up. 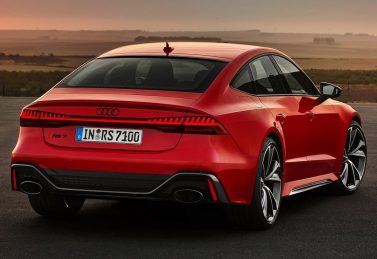 Like its exterior, the RS7 has undergone several changes underneath with the inclusion of the RS Adaptive Air Suspension that drops the ride height by an additional 10 mm above 120 km/h, retuned steering, five-link front and rear axles made mostly from aluminium, and upgraded RS brakes made up of ventilated and perforated discs measuring 420 mm at the front at 370 mm at the rear.

From the options list, buyers can specify 22-inch five V-spoke alloys finished in either silver, faux matte titanium, gloss or gloss anthracite black, lighter, by 34 kg, carbon ceramic brakes with the discs measuring 440 mm at the front and 370 mm at the rear, RS Sport Suspension Plus with Dynamic Ride Control and all-wheel steering with the Dynamic Select system offering six modes; Efficiency, Comfort, Auto, Dynamic and the customisable RS1 and RS2. 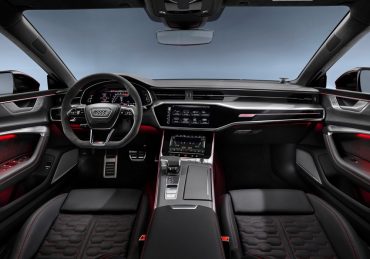 As with the RS6, the RS7’s grunt comes courtesy of a twin-turbocharged 4.0 TFSI V8 engine paired to a 48-volt mild-hybrid system that produces 441kW/800Nm. Mated to an eight-speed Tiptronic gearbox, the four-wheel-drive RS7 will complete the 0-100 km/h sprint in 3.6 seconds and reach a limited V-Max of 250 km/h. With the optional Dynamic Package though, the limiter is raised to 280 km/h while ticking the Dynamic Package Plus ups the speed to 305 km/h.

Set to arrive in Europe in the first quarter of next year, expect the RS7 to arrive in South Africa not long after with pricing only to be revealed then.