Defender won’t be available with a manual gearbox, Land Rover has pulled the plug on initial plans of introducing a pick-up version of the new Defender despite previously hinting that such a model will enter production as the new 130.

Last month, Jaguar Land Rover Managing Director for Australia, Mark Cameron, said that while an open-deck Defender “would do really well” in Australia, “at the moment there is no plan globally”.

In the latest report by motoring.com.au, an unnamed Land Rover Executive, responding to a document leaked two months ago, told the online publication at the Frankfurt Motor Show that while the document does exists, the Indian-owned British marque has opted to shelve plans for a revived 130. 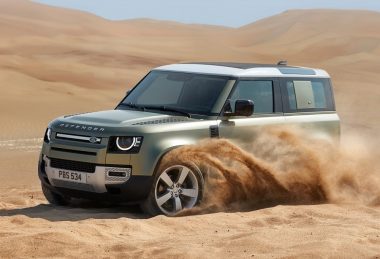 “Why would you buy a dual-cab ute when you see what you can put in the back of one of these – this is already a ute with a roof,” the source was quoted as saying.

The all-new Defender is expected to arrive in South Africa next year first in 110 bodystyle, followed by the short wheelbase 90 with initial engine options being the 177kW/430Nm 2.0-litre Ingenium turbodiesel in the D240, and the P400 MHEV which pairs a 3.0-litre supercharged V6 petrol engine with a 48-volt mild-hybrid battery for a total output of 294kW/550Nm.

At the same time, the automaker has also confirmed that the Defender won’t be available with a manual gearbox, a global first after models sold in the United States, powered by the erstwhile 3.9-litre Rover V8 engine, were optionally available with a ZF-sourced four-speed automatic. 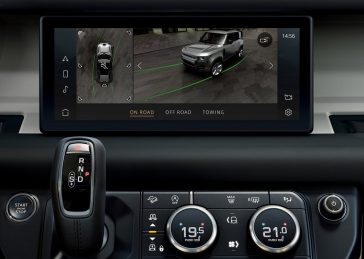 Speaking to caradvice.com.au in Frankfurt, Land Rover Chief Engineer, Nick Rogers, said it would have been “daft” to offer the Defender with a three-pedal layout as the eight-speed automatic ‘box is “definitely more efficient than a manual, and safer and easier to use”.

Accordingly, the publication also claims that the majority of the Defender’s driver assistance systems have been optimised to obtain a five-star Euro NCAP crash rating, something which would have been unlikely with a manual ‘box present.