Newcomer could be based on the Dongfeng Rich 6 EV, a rebadged, electric version of the current Nissan Navara. According to Australia’s carsguide.com.au, the newcomer could be based on the Dongfeng Rich 6 EV (main), a rebadged, electric version of the current Nissan Navara unveiled in China two months ago, instead of being a reworked take on the North African market Pick-up (below), itself a development of the D22 Navara/Hardbody sold by Dongfeng as the Rich.

In what will be an unexpected move given that both Nissan and Peugeot have joint ventures with Dongfeng, the likely decision to use the Rich 6 as a base will provide the French marque with a more upmarket rival for the Toyota Hilux, Ford Ranger and Volkswagen Amarok, as well as the Navara, Isuzu D-Max and the Mercedes-Benz X-Class. 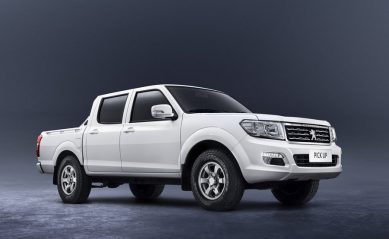 While the publication claims cost factors relating to Australia’s stringent safety standards could result in Peugeot not marketing the pick-up Down Under at all, this despite the fact that a right-hand-drive conversion will take place at a plant in Malaysia, chances are that it could still come to South Africa as the various requirements at home are not as rigours as they are in Australia.

Earlier this month, Peugeot CEO, Jean-Philippe Imparato, played down the chances of the pick-up coming to Australia after telling motoring.com.au that, “Australia is a product-specific market with specific spare parts. For Australia, it’s a question of price and regulation”.

The likely usage of the Rich 6 seemingly confirms remarks made by Imparato to the publication that “we will have a pick-up in the coming months”, with the expected unveiling set to take place towards the end of this year or early in 2020.