Gunning for the Renault Kwid at the entry-point of India’s A-segment, Suzuki’s Maruti division has followed-up the unveiling of the S-Presso in a video clip last week with complete price and spec details of its new smallest model.

As mentioned, S-Presso serves as the effective production version of the Future S concept that debuted at the Delhi Auto Expo last year, with the boxy city car riding on the same Heartect platform as the Swfit, DZire and Ciaz and weighing between 726 and 767 kg. 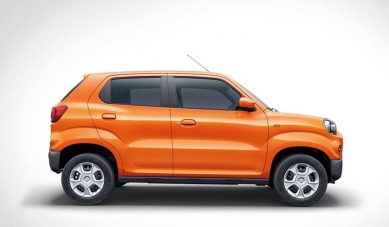 Measuring 3 565 mm in overall length with a wheelbase of 2 380 mm, height of 1 549 mm when fitted with the standard issue 13-inch steel wheels and 1 564 mm with the optional 14-inch steelies equipped with plastic covers, the S-Presso has a width of 1 520 mm and the same 180 mm ground clearance as its home grown French rival.

In terms of spec, the S-Presso will be available in five spec levels, the same as the Kwid, albeit with three optional packs on three grades. Starting the range off, the simply titled standard has a driver’s airbag, ABS with EBD, rear parking sensors, a digital instrument cluster and reclining front seats while the options pack adds a passenger’s airbags and pre-tensioning seat belts, plus a passenger’s sunvisor. Moving one up, the LXI mainly comes with air-conditioning and power steering, though both the last mentioned safety features form part of the options pack. 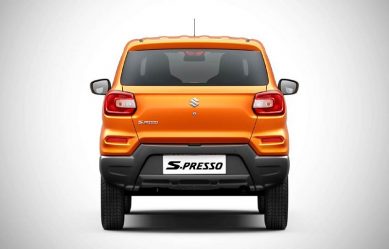 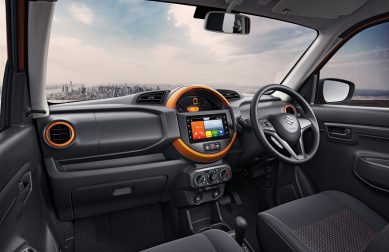 Unlike the Kwid, the S-Presso is powered by a single engine, a free-breathing 1.0-litre three-cylinder delivering 50kW/90Nm. Standard on all models is a five-speed manual gearbox with five-speed automated manual, dubbed AGS, optional on the VXI and VXI+.

At present, it remain unknown whether the S-Presso will be offered in South Africa as a direct rival to the Kwid, which is likely to offered towards the end of this year or in early 2020.