Volvo Cars President and CEO, Håkan Samuelsson, said the marque aims to be carbon neutral by 2040 Volvo has taken another step closer in becoming a fully electric brand when the covers came off of the XC40 Recharge this past week. 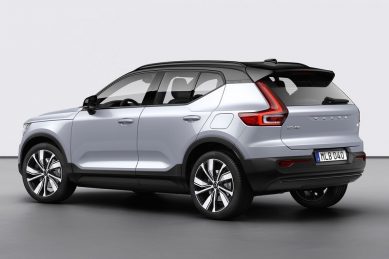 Part of the Chinese owned Swedish automaker’s vision to electrify all of its models by 2020 with the added aim of having 50% of all sales coming from of fully-electric cars by 2025, the Recharge’s exterior differences compared to the regular XC40 consists of a closed grille and a slightly lowered ride height due to the presence of the battery.

Fitted with an all-new Sensus infotainment system powered by Android, power for the Recharge comes from a twin electric motor setup mounted on each axle, which not only translates into an automatic all-wheel-drive system, but results in a claimed output of 408 pferdestarke (PS) or exactly 300 kW. Accordingly, the Recharge can travel 400 km on a single charge and has the ability to be powered-up to 80% in 40 minutes from a 150 kW fast charging point. 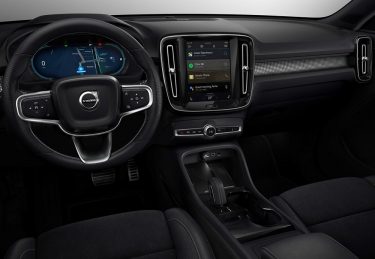 In a subsequent interview with Britain’s Autocar, Volvo Cars President and CEO, Håkan Samuelsson, said the marque aims to be carbon neutral by 2040, which “would be impossible if you still have combustion engines. Let’s see if that vision comes true”.

“The higher the percentage of all-electric cars the faster we will shut down the combustion engine [programme]. If only a small percent [of sales] are combustion engines we will probably stop faster,” he said.