Facelifted Mirage set to return to South Africa next year A lacklustre performer that quietly exited the local market two years ago, Mitsubishi has unveiled the facelifted Mirage set to return to South Africa next year. 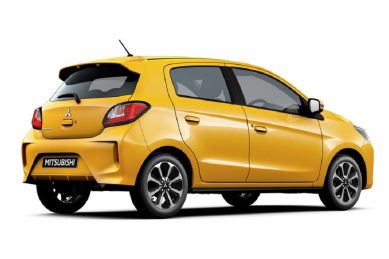 On course to make its public debut in Bangkok at the end of this month, the Mirage, which has remained a strong seller in markets such as Thailand and Australia, receives Mitsubishi’s Dynamic Shield grille with red slats, revised headlights with multibeam LEDs, newly designed diamond-cut 15-inch alloy wheels, updated taillights, a redesigned rear bumper and two new colour options; Diamond White and Sand Yellow.

Inside, the biggest change comes in the form of a seven-inch touchscreen infotainment system with Apple CarPlay and Android Auto, while other changes consists of a new front armrest trimmed in soft-touch cloth, a faux carbon fibre pattern on the electric window panel and fabric/synthetic leather upholstery. 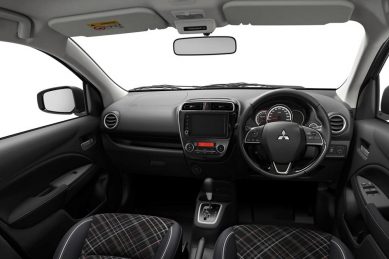 Although Mitsubishi made no mention of the mechanicals, it is expected that the Mirage will retain the 57kW/100Nm 1.2-litre normally aspirated petrol engine paired to either a five-speed manual gearbox or a CVT. According to Mitsubishi South Africa, final price and spec details will only be announced in early 2020.