Despite Los Angeles being the centre of attention with various new model releases, Lexus has opted to reveal its first ever fully battery operated vehicle (BEV) at the Guangzhou Automobile Exhibition in China.

Building on the Lexus Electrified strategy launched at the Tokyo Motor Show earlier this month, the all-electric UX 300e carries over aesthetically unchanged from the regular petrol powered or hybrid equivalent, only betraying what does not reside underneath the bonnet by its lack of exhaust outlets, aerodynamically designed alloy wheels and chrome ‘ELECTRIC’ badge at the base of the rear doors. 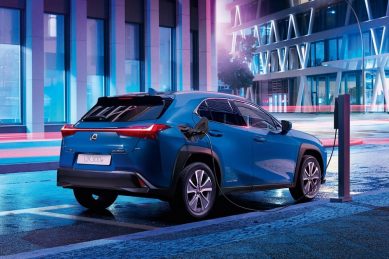 Propelled by a 54.3 kWh lithium-ion battery pack, the UX 300e has a rated output of 150kW/300Nm that allows for a range of 400 km between trips to the plug, and a charging time of around seven hours using a standard household socket. Opting for a 50 kW charger however cuts the claimed time from zero to 100% in 50 minutes.

Based on its sibling’s GA-C platform and tipping the scales at 1 900 kg, the UX 300e continues with the same interior design, aside from a different instrument cluster and gear lever, and also features Lexus’ Safety System+ range of driver assistance and safety tech. 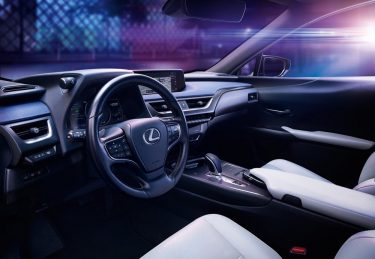 While sale have been confirmed for Europe and China from 2020 with Japanese sales only commencing in 2021, the UX 300e is not expected to be offered in South Africa anytime soon.