The biggest attention drawer being the Executive Rear Nappa leather trimmed seats that can recline and features heating and cooling functions, as well as massaging. While extensively spotted in leaked online images wearing thick to minimal layers of disguise, Mercedes’s ultra-luxurious Maybach division has unveiled the opulent GLS 600 at the Guangzhou Automobile Exhibition in China.

Likely to be the most controversial model since the marque’s re-launching as a sub-division of the three-pointed star four years ago, 600, as its name points out, uses the regular GLS as a base, but comes with a completely altered appearance that mirrors the outgoing S-Class based Maybach sedans. 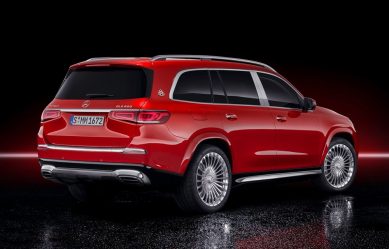 In this regard, the GLS comes with the brand’s familiar grille with the Mercedes logo fixed to the bonnet, a chrome mesh lower air intake supplemented by a chrome skidplate, the Maybach double M logo on the D-pillar, chrome window surrounds and a chrome rear skidplate integrated into the faux diffuser.

Riding on model bespoke 22-inch die-cast and painted alloy wheels with 23-inch rollers said to mirror the grille optional, the 600’s most controversial aspect is the choice of eight two-tone colour options, with a less polarising novelty being the illuminated running boards that fold out electrically when the door is opened, resulting in the air suspension lowering the ride height by 25 mm. According to Maybach, the two metre long boards can take the weight of up to 200 kg. 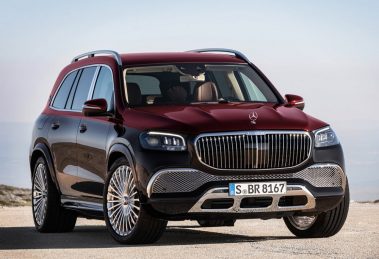 Inside, the Maybach is all about extravagance and therefore provides seating for only four occupants with the biggest attention drawer being the Executive Rear Nappa leather trimmed seats that can recline and feature heating and cooling functions, as well as massaging.

In addition to a selection of wood veneers, colours and material choices, the rear headrests are fitted with two 11.6-inch MBUX displays, while a seven-inch screen is integrated in the centre console between the seats that also houses temperature controlled cupholders with the option of having the storage area accommodate two glass champagne flutes and a fridge. 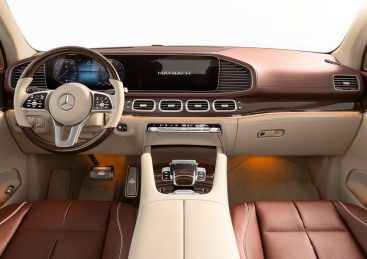 Coping with the added weight, the 600 comes fitted with the 48-volt E-Active Body Control system as standard, along with the Airmatic air suspension and a Maybach altered Dynamic Select system. In spite of its luxury trimmings and being higher than the Maybach S600, the GLS still retains the ability to go off-road with a recovery function added to allow for easier freeing when stuck. 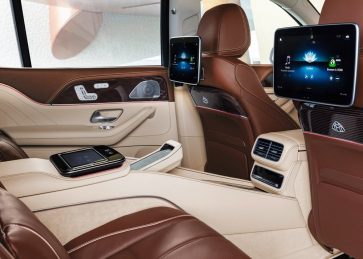 Up front, and with AMG having earlier this year phased out the bi-turbo 6.0-litre V12, the GLS 600 is motivated by a well-known 4.0-litre twin-turbo V8 from the regular GLS, equipped with a 48-volt mild-hybrid EQ Boost system that provides an additional 16kW/250Nm for short bursts. 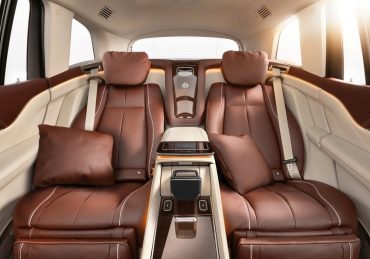 In Germany, sales will commence next year with no word about pricing or South African availability yet announced.