Cactus will become a battery electric vehicle (BEV) in 2020 as part of the double chevron’s move towards complete model electrification by 2025. With its current five year lifecycle poised to end next year, the now confirmed replacement for the Citroën C4 Cactus will adopt an all-electric powertrain when it debuts.

The announcement comes after Saint-Ouen-sur-Seine’s Managing Director for the United Kingdom, Xavier Peugeot, told Britain’s Top Gear Magazine in June that the Cactus would not be replaced when its production runs ends.

“So for the time being this car is our C-segment hatch offer. Our next C-segment car to come will replace the C4 Cactus. This will be the end of the Cactus. For the name, I don’t know yet, but for the car, yes,” Peugeot said.

In an interview with Automotive News Europe however, Citroën CEO Linda Jackson said the Cactus will become a battery electric vehicle (BEV) in 2020 as part of the double chevron’s move towards complete model electrification by 2025. 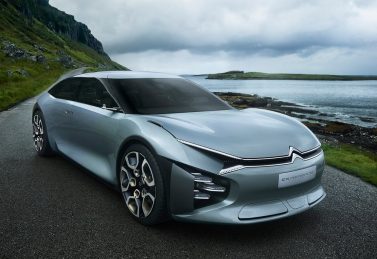 According to the report, the all-electric Cactus will use a revised version of the CMP platform that underpins the DS3 Crossback, Opel Corsa, Peugeot 208 and 2008, which will be enlarged to accommodate what is likely to be a more powerful electric motor than the unit offered in the e-Corsa and e-208.

Despite describing the electric Cactus as a “very important launch for us”, Jackson remained mum on the exact launch and specification details, but did let slip that it will take styling inspiration from the CXperience concept (above) that bowed at the Paris Motor Show three years ago.