Nivus, which will slot-in on price below the T-Cross, will be developed in Brazil and arrive there next year Volkswagen has released more details and indeed official teaser images and a video of its new Polo-sized crossover due out next year.

Until now referred to as the New Urban Coupe and previously as the T Sport, the newcomer will instead be known as the Nivus and based on the supplied snaps, feature a T-Cross inspired front-end with the rear brandishing a coupe-inspired fastback design incorporating an integrated roof spoiler. 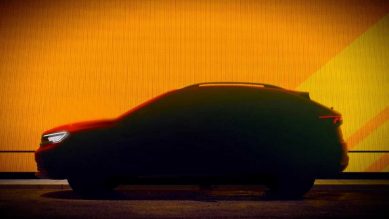 As well as appearing longer than the Polo, the Nivus’ styling cues also includes a black centre rear panel between the Porsche Macan-like LED taillights, a chrome multi-slat grille and the ubiquitous roof rails.

Although it is expected that the Nivus will ride on the Polo and T-Cross’ MQB A0 platform, technical details have been withheld, although motor1.com Brazil reports that it will be front-wheel-drive only and come powered by a 1.0 TSI producing 85 kW with a six-speed manual gearbox, and the same engine tuned to 94 kW with drive being routed to the front via a six-speed Tiptronic. 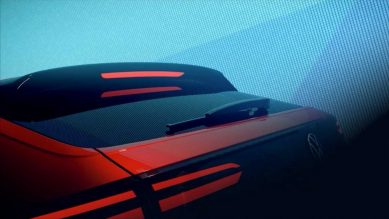