Hazumi however is now petrol powered with Mazda having opted to drop the 1.5 SkyActiv-D turbodiesel motor 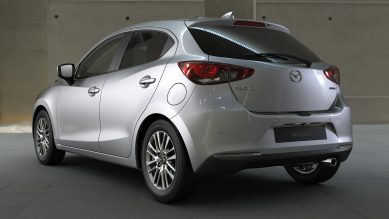 Although the exterior updates are carried over from the Japanese-spec model, the line-up has been streamlined and the specification sheet revised with all variants receiving LED headlights as standards, while Apple CarPlay, Android Auto, Dynamic Stability Control and six airbags are standard on all bar the base the Active.

From the mid-range Individual and up, Mazda has added rear parking sensors and a reverse camera, 16-inch alloy wheels and auto-folding mirrors with the flagship Hazumi now boasting Rear Cross Traffic Alert as standard. 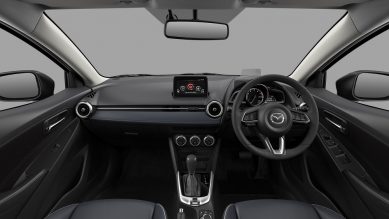 As initially reported, local models will once again be powered by the 1.5 SkyActiv-G petrol engine that sends its 82kW/145Nm to the front wheels via a six-speed manual or six-speed automatic transmission. The aforementioned Hazumi however is now petrol powered with Mazda having opted to drop the 1.5 SkyActiv-D turbodiesel motor entirely in favour of the SkyActiv-G.

A three year/unlimited km warranty and service plan are standard on all models.