Outlander will ride on a shared platform used by alliance partners Nissan and Renault. A frequent pre-production online sighting during the latter half of this year, a fresh report has confirmed that the all-new Mitsubishi Outlander will make its official reveal during the second quarter of next year.

According to the three diamond’s CEO for Europe, Bernard Loire, the Outlander, which has been raking-up sales in plug-in hybrid guise, will ride on a shared platform used by alliance partners Nissan and Renault, likely to be same as the next generation X-Trail and Koleos.

With styling reportedly set to come from the Engelberg Tourer Concept that bowed back in March in Tokyo, the Outlander will gain in the various dimensions and share the same engine and transmission options, despite no technical details having emerged just yet. 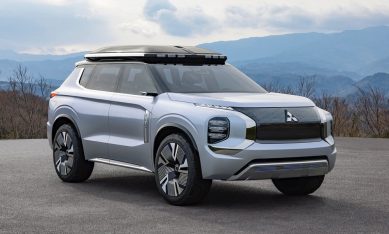 In an extensive interview with Automotive News Europe, Loire also revealed that the marque will be introducing a smaller SUV below the ASX around the same time as the Outlander, and that it will discontinue the diesel powered Eclipse Cross “by the end of 2020” due to poor sales on the Old Continent.

“We only have a diesel version of the Eclipse Cross available in a few markets. The diesel mix of that is about 5 percent, and Eclipse Cross is about 20 percent of our overall sales, so it’s 5 percent of 20 percent. It’s very marginal, so we have decided to go gasoline and electrified only in the future. We stopped the diesel ASX and launched a new 2.0-litre gasoline version with 4WD and an automatic gearbox,” Loire said.

Despite the promise of more plug-in hybrids and electric vehicles next year, diesel is expected to remain the sole powerunit for the Triton sold as the L200 in select European markets, although it too will receive electrical assistance when the next generation bows in 2022.