e-tron version of the updated R8 will reportedly be revived after being axed five years ago. Having confirmed last year that it will switch towards electrification, a fresh report from the United Kingdom has shed more light on Audi Sport’s range of hybrid, plug-in hybrid and all-electric models anticipated to arrive from this year.

According to Autocar, Ingolstadt’s performance division will enter the latter segment later in 2020 with the production version of the E-tron GT that bowed in concept form at the Los Angeles International Auto Show two years ago.

Set to be based on the same adapted MSB platform as the Porsche Taycan as well as featuring the 800-volt power supply, the GT is expected to be less powerful and therefore cheaper than the entry-level Taycan 4S, with the S model slated to arrive first before the flagship RS. Unlike the Taycan though, the GT will be available with a mild-hybrid drivetrain as well, likely to be shared with the A6, S6 and RS6.

In accordance with Audi Sport boss Oliver Hoffmann’s comments last year that the next generation RS4 will become a plug-in hybrid model, the publication, citing Audi Exterior Design boss, Andreas Mindt, reports that a more powerful, possibly RS badged, version of the e-tron Sportback could be introduced as a rival to the incoming Tesla Model Y Performance. 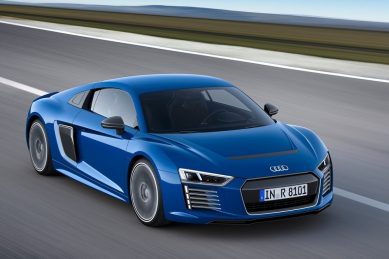 “It’s very similar to what you see with the RS Q8. You have to start with the standard car and build it up,” Mindt was quoted as saying of the production model rumoured for introduction in 2021.

In an unexpected development, the e-tron version of the updated R8 will reportedly be revived after being axed five years ago due to its high price tag that resulted in only 100 units being sold. This time around though, it will be limited edition model from the onset and debut in early 2020 with exact technical details still be revealed.