With diesel power having debuted in the SQ7 and SQ8 last year, Audi has now introduced petrol derivatives of both for markets outside Europe. 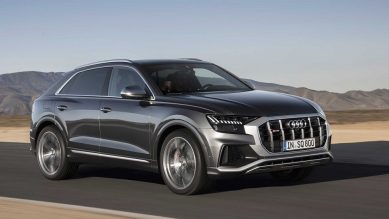 Retaining the same S line exterior and bespoke interior as the TDI, the biggest difference is to be found underneath the bonnet where the twin-turbocharged 4.0-litre V8 oil-burner has been replaced by the same 4.0 TFSI mild-hybrid V8 as the RS6 Avant and RS7 Sportback, but detuned from 441kW/800Nm to 373kW/770Nm.

Up 53 kW but down 160 Nm on the diesel, the powerunit is paired to an eight-speed Tiptronic transmission and results in both reaching 60 mph (96 km/h) in 4.3 seconds and on to a limited top speed of 250 km/h. As ever, drive is send to all four wheels via Audi’s quattro all-wheel-drive system that also comes with a sports tuned differential able to send up to 80% of the available power to the rear axle. Also standard is Ingolstadt’s all-wheel steering system that aids turning and in confine spaces and according to the four rings, handling as well. 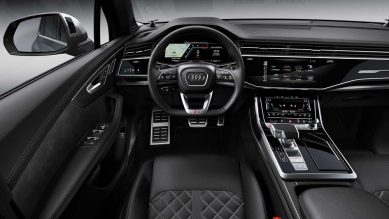 Aesthetically, both can be outfitted with the so-called alu-optic or black-optic trim with silver mirror caps and quad exhaust outlets standard. On the SQ7, 20-inch alloy wheels are standard and 21-inches options, while on the SQ8, the latter is standard with 22-inches being available from the options list.

No pricing has been announced and while both are forecasted to arrive in South Africa later this year, it remains to be seen which engine is opted for.