The 1.8-litre turbocharged petrol engine has been retain for both models, but in the standard RS, upgraded to the same 224 kW as the Trophy. Marking its fourth year in production this year, Renault has unveiled the extensively updated Megane and Megane RS due to go on sale in Europe later this year.

Visually, the updates are subtle and includes restyled Pure Vision LED headlights now standard across the range, a redesigned front bumper, new alloy wheels ranging from 16 to 18-inches, LED fog lights, chrome detailing, revised taillights and a choice of three new colours; Baltic Grey, Solar Copper and Highland Grey. A new addition is though the RS-Line which replaces the previous GT-Line and comes with a RS inspired bodykit and alloy wheels. 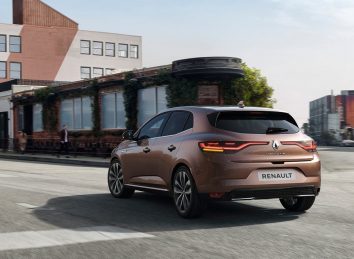 Inside, the interior tweaks are similarly minor but easy to spot with the most noteworthy being a 10.2-inch digital instrument cluster, a new 9.3-inch tablet-like R-Link touchscreen infotainment system, upgraded materials, a slightly revised centre console and on flagship models, a rimless rear-view and electrically adjustable driver’s seat. On the tech front, and depending on the trim level, the Megane now comes with Renault’s so-called Highway & Traffic Jam Assistant, which allows for Level 2 autonomous driving at up to 160 km/h.

The biggest changes however are to the found underneath the bonnet where the Megane joins the Clio and Captur in receiving La Riege’s new E-Tech plug-in hybrid drivetrain. Consisting of a newly developed, normally aspirated 1.6-litre petrol engine paired to a 9.8 kWh lithium-ion battery pack, the setup results in a combined output of 118 kW and an all-electric range of 50 km at speeds up to 135 km/h in mixed conditions.

Hooked to a unique four-speed automatic gearbox that dispenses with the clutch and syncro for a dog-ring design that is claimed to aid performance and efficiency, the E-Tech offers up a range of 65 km/h in urban settings using the electric motor only.

Aside from the E-Tech, ‘standard’ motivation comes from the same assortment of TCe turbocharged petrol and Blue dCi turbodiesel engines as the Clio and Captur, the former consisting of the three-cylinder 1.0-litre that produces 88 kW and the 1.3-litre four-cylinder co-developed with Daimler that comes in four states of tune; 74 kW, 85 kW, 103 kW and 118 kW. Providing diesel power is the stalwart 1.5 Blue dCi rated at 70 kW or 85 kW. 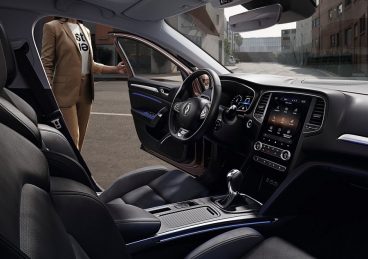 In terms of transmissions, a six-speed manual is standard on the 1.0-litre, the 74 kW and 85 kW 1.3 as well as the diesels, while a seven-speed EDC is optional on the 85 kW petrol and diesel in addition to being the sole option on 118 kW petrol.

At the sharp-end, the RS has been streamlined with the Sport chassis being standard on both manual and EDC models, while the more hardcore Trophy is only offered with the Cup chassis that sports an new anti-roll bar, stiffer springs and shocks, as well as a Torsen mechanical limited-slip front differential. 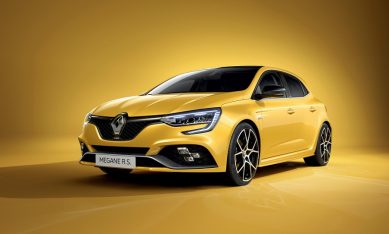 With pricing anticipated to start from round €22 000 (R359 245) in France, the Megane will once again be offered as a five-door hatch or five-door estate, but expect only the former bodystyle and RS models to become  available from March.