Current Passat could be replaced by an all-electric model. One of Volkswagen’s longest serving nameplates having first debuted in 1972 is reportedly facing the axe with a new report from the United States alleging that the Passat might soon join the Beetle and Scirocco on Wolfsburg’s list of discontinued models.

According to CNET’s Roadshow, Volkswagen America Chief Operating Officer, Johan de Nysschen, alluded to the end of the Passat at the Chicago Auto Show by stating that the current model, which in North America (main image) is still based on the old PL46 platform as opposed to the MQB underpinned derivative sold in Europe (pictured below), could be replaced by an all-electric model. 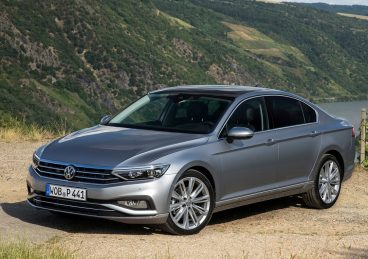 “It’s probably a reasonable assumption that when this Passat reaches the end of its lifecycle, its successor will probably not feature an internal combustion engine,” the South African-born former head of Cadillac and Nissan’s upscale Infiniti division was quoted by the online publication as saying.

Unveiled at the beginning of last year, the Passat has struggled to find a foothold with a mere 14 123 units finding new homes in the States throughout 2019. With its European sibling continuing to post reasonable figures in spite of the ongoing decline in sedan sales, it is possible that only the US-spec model, also sold in China, could be facing the firing line, although this is purely speculative.