Mercedes-AMG sourced 6.0-litre twin-turbocharged V12 has been retained, but retuned to produce 616 kW and a monstrous 1 100 Nm. Iconic Italian hypercar maker Pagani has unveiled another ultra-limited edition version of the Huayra in the shape of the track focused Imola.

Restricted to just five units with no pricing unannounced, the Imola, as its name points out, pays homage to the infamous former Formula 1 circuit that hosted the San Marino Grand Prix 26 times from 1981 to 2016, and is claimed to represent a “major step forward in the technological and scientific progress of Pagani Automobili”. 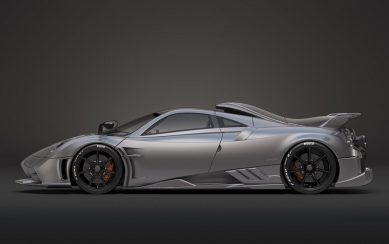 Incorporating lessons learned from the Zonda R, the Imola is based on the latest version of Pagani’s revolutionary carbo-titanium chassis and carbo-triax monocoque derived from the Huayra BC, but comes with retuned suspension geometry and an electronically controlled four-corner active shock absorbers system interconnected with the equally novel Central Unit control module.

Riding as standard on Pirelli Trofeo R tyres wrapped around 20-inch alloy wheels at the front and 21-inches at the rear, the Imola also features Pagani’s latest weight saving technique dubbed Acquarello Light, which results in five kilograms being shaved off of the overall painting method without losing any of the hue’s shine or depth. 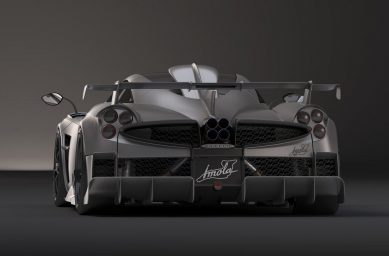 Constructed out of 770 forged machined components involving materials such as aluminium, chrome-molybdenum steel and of course titanium, the 1 246 kg Imola also features a custom braking system designed by Brembo that is aimed at improving the entire cooling system.

Nestled at the rear, the Mercedes-AMG sourced 6.0-litre twin-turbocharged V12 from the Huayra has been retained, but retuned to produce 616 kW and a monstrous 1 100 Nm. An Xtrac provided seven-speed automated manual transmission using a new shift reducing system called Smart Gas in entrusted with sending the amount of twist to the rear wheels. 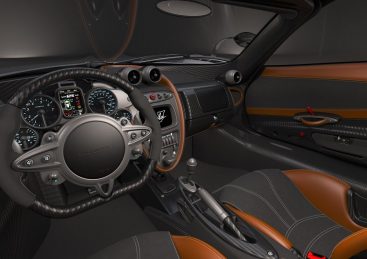 Despite being revealed, the Imola will make its public debut at the Geneva Motor Show next month.