F8 Spider’s greatest achievement is the fact that it unleashes its power instantaneously with zero turbo lag. The F8 Spider is said to set a new benchmark for the “en plein air” sports car in terms of usable performance and exceptional handling, providing an incredibly rewarding driving experience. It excels in merging handling dynamics with surprising in-car comfort. This Spider thus combines the characteristics of the most lauded eight-cylinder engine in history with unparalleled driving pleasure.

Scuderia South Africa CEO Mervyn Eagles said: “We opted to launch the revolutionary F8 Spider in conjunction with the completion of the corporate identity facelift of our flagship showroom. Both the F8 Spider and newly renovated facilities are set to pioneer the next generation of the customer experience in our market.”

The Ferrari corporate identity emphasises three key features for the design of the space: innovation, authenticity and a welcoming ambiance. The globally implemented facelift is the first of the three-stage project, with stage two and three taking place at Scuderia Durban and Scuderia Cape Town. 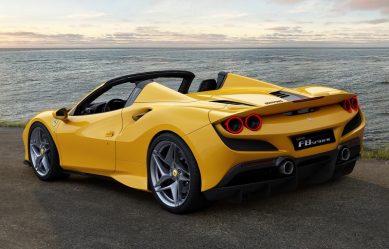 The facelift incorporates several new state of the art features at the official Ferrari dealer’s showroom, including innovative enhancements to the primary showroom floor, Atelier, Heritage Library and delivery bay facilities. Similarly showcasing ground-breaking new enhancements, the F8 Spider was designed in parallel with the F8 Tributo and features the compact retractable hard top which influences the lines of a model that leads its category.

The F8 Spider is the latest addition to an exclusive and prestigious bloodline of open-top V8s that began with the 308 GTS in 1977. It is less extreme than that of the 488 Pista, but sportier and more innovative than the 488 Spider which it replaces in the range. The F8 Spider’s greatest achievement is the fact that it unleashes its power instantaneously with zero turbo lag, while retaining the V8’s unique and very special soundtrack.

This performance and the car’s disarmingly effortless handling were made possible by integrating a series of innovative, track derived aero solutions into its design. The V8 has raised the performance bar to new heights, not only for turbo engines but power units of all types and produces 530 kW of power and 770 Nm of torque.

The engine is a development of the V8 that won the International Engine of the Year Award for four consecutive years (2016, 2017, 2018 and 2019) and that was also selected as the best engine of the last two decades. The objective of every new model produced by Maranello is to introduce new design features and outperform its predecessors  on all fronts. The challenge the engineers and designers always face is to push their own creative limits and the boundaries of technology by introducing new, leading-edge solutions and setting new levels of excellence. 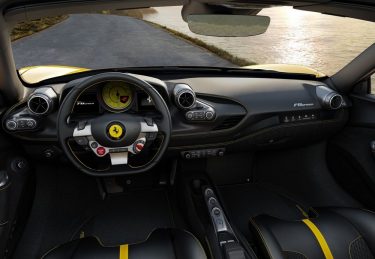 This is something they have done to brilliant effect once again with this new model. The F8 Spider replaces the 488 Spider and improves on all aspects of its specifications. Aside from the fact that its engine delivers an extra 37 kW, the new Ferrari is 20 kg lighter than its predecessor.

It weighs just 20kg more than the more extreme 488 Pista Spider. It is significantly more aerodynamically efficient and features the new 6.1 version of the Side Slip Angle Control system. It is claimed to hit 100 km/h in 2.9 seconds, 200 km/h in 8.2 seconds and a top speed of 340km/h. Suggested pricing starts at R6 101 000.

“Together with the debut of the F8 Spider, our fully-fledged showroom delivers a unique experience of the Ferrari universe. It is a hub for customers, prospects and enthusiasts to enjoy, but also to appreciate the particularity of every vehicle, to connect and understand the heritage of our brand and to develop relationships,” says Eagles.