This is it: RAV4-inspired Toyota Yaris Cross comes out of hiding

All-wheel-drive system on hybrid models uses an electric motor to provide additional grip when a slip in traction is detected. Combining styling from not only the model on which it is based, but also the RAV4, the Cross slots-in below the C-HR as Toyota’s new entry-level crossover in Europe and measures 4 180 mm overall with the wheelbase coming in at 2 560 mm, height at 1 590 mm and width at 1 715 mm. 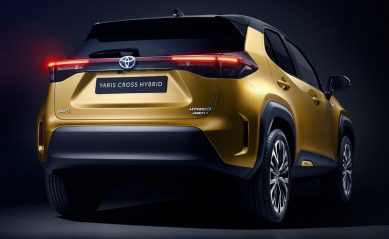 Standing 90 mm taller than the Yaris with the overall length having been extended by 240 mm, the Cross is also 20 mm wider but keeps the wheelbase of the GA-B platform unchanged. A 30 mm uptake in ground clearance has also been achieved.

While the interior is also retained, the Cross’ biggest highlight is an optional all-wheel-drive system on hybrid models that uses an electric motor to provide additional grip when a slip in traction is detected. 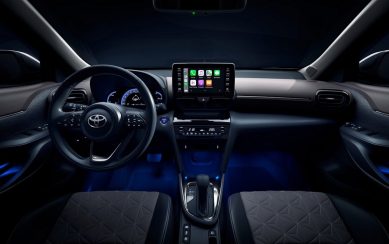 One of the few models in its class to offer an all-wheel-drive system, the Cross, for now, is outfitted with a single powerunit, the same 1.5-litre hybrid as its hatch sibling that sends 85 kW to the front wheels under normal circumstances via a CVT. A conventional petrol engine, likely the same 1.0-litre turbo as the Raize, is slated to be added at a later stage.

Going on sale early next year with a projected 150 000 unit production run, the Yaris Cross will be produced alongside its sibling at the Valenciennes factory in France, with no word about local availability having been made.