Unlike its predecessor however, and indeed the Espace and Scenic, the Talisman was never considered for South Africa. With alliance partner Nissan set to phase-out the Datsun brand for good if recent reports are to be believed, Renault is reportedly set to streamline its range with the axing of three underperforming models.

According to Automotive News Europe, citing a report from Reuters and, Boulogne-Billancourt’s planned part in the saving of a reported $2.8-billion (R52-billion) will involve the end of the Espace, Scenic and Talisman nameplates due the declining sales of not only MPVs, but also sedans.

“The project is not yet completely set in stone but the Espace, the Scenic and the large sedan Talisman should already be considered scrapped from the future product programme, it is practically a given that these models will stop. In short, fewer minivans and sedans and a focus on crossovers and SUVs”, an alleged source was quoted by Reuters as saying. 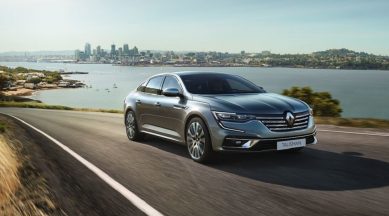 Widely viewed as the initiator of the MPV segment in Europe following its debut in 1984, the Espace, which entered its fifth generation in 2015 as more of a crossover than an MPV, has seen is sales on the Old Continent drop by 20% last year to 9 561 units, with the report stating that it will be the first model to go as part of the restructuring.

Similarly, the Scenic, which introduced the compact MPV to Europe in 1996 along with its seven-seat Grand Scenic offshoot, has had an equally torrid time with only 77 507 units of the fourth generation moved in 2019, a drop of 16%. Slotting-in between, the Talisman, which replaced the Laguna five years ago and benefitted from a mid-life facelift in February this year, has seen its sales in Europe last year tank by 20% to 15 826 units. Unlike its predecessor however, and indeed the Espace and Scenic, the Talisman was never considered for South Africa as both the mentioned MPVs were withdrawn before each’s current iteration went on sale.

Despite their apparent folding, the Douai Plant outside Lille where all three are produced will be kept and retooled as an all-electric facility that will manufacture two new models, while the Kadjar, built at the Palencia factory in Spain along with the Megane, will replace the Scenic and Espace with no successor to the Talisman being planned.