Jetta’s one percent garner of the segment it competes in “has sparked interest from other markets in the Volkswagen world”.

Volkswagen is reportedly planning on expanding its low-cost Jetta division beyond China in focusing on other developing markets.

Spun-off of the Volkswagen Jetta as a separate brand last year with mostly younger buyers being targeted, the marque’s President Harald Müller, told Automotive News Europe that Jetta’s one percent garner of the segment it competes in “has sparked interest from other markets in the Volkswagen world”. 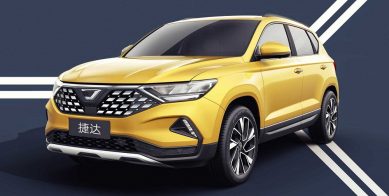 At the marque’s unveiling twelve months ago, Volkswagen Head of Sales, Marketing and Aftersales, Jürgen Stackmann, said, “Jetta plays an extremely valuable role for us as a Volkswagen model” and that the brand will be “closing the gap between the established Volkswagen lead brand in the top volume segment and entry-level mobility, which accounts for about one third of the Chinese market”.

The result of Volkswagen teaming-up with long-time alliance partner First Automotive Works (FAW), the current range of Jetta models are all built at the Chengdu Plant and consists of three models; the VA3 sedan based on a market specific version of the previous generation Jetta, the VS5 that rates as a styled Seat Ateca/Skoda Karoq and the VS7 derived from the Seat Tarraco which itself is based on the Volkswagen Tiguan.

Despite Müller’s comments, no further details relating to intended Jetta target markets were revealed, but expect those to perhaps include countries in Latin America and Asia where Skoda is not offered. Nothing about South Africa is so far known.