Expect the 500XL to be motivated by an all-electric powerunit with its underpinnings set to be a stretched version of that used by the new 500. With Fiat reportedly planning a new crossover/SUV bearing the Tipo name in place of the current hatchback/sedan model, a new report from the United Kingdom has alleged that the 500X could be taken a step-up in being combined with the 500L to create the 500 XL.

According to Britain’s Auto Express, Fiat Brand Head and Chief Marketing Officer, Olivier François, said while no decision has been made for certain, “blending” the two offerings together while using an electric powertrain has been considered, despite the 500X having posted strong sales in Europe since its debut six years ago.

In contrast, the 500L has been on the receiving end of buyers’ move away from MPVs to SUV with around 36 000 units finding new homes across the Old Continent. However, with both inline to be replaced next year, it appears likely that neither would remain standalone models any longer. 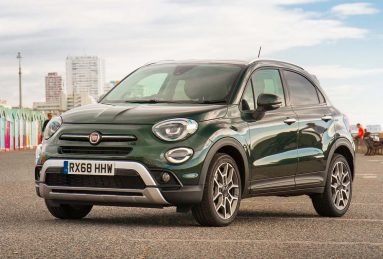 “The L is a particularly good body, high on wheels, to add batteries. Family transportation is a good candidate for electrification, too, because it involves a lot of city driving, a lot of stop and go, school and work runs. But at the same time, it’s not a Utility Vehicle, a UV; it’s an MPV, and this type of car is a little less in fashion now,” François said.

“We need to think of the next generation with the same approach to the consumer that makes a lot of sense in an all-electric version, with a body that is obviously more relevant and in fashion. We’re thinking maybe a blend of the X and L is the way ahead, at the end of the day. But it is not for the near future – and when I say near, I mean not by the end of this year, for sure”.

Unlike the current 500X which shares a platform with the Jeep Renegade, and in accordance with François’ comments, expect the 500XL to be motivated by an all-electric powerunit with its underpinnings set to be a stretched version of that used by the new 500. As indicated however, nothing has yet been confirmed outright.