C4 stands in complete contrast to prior generations in that it features a crossover-like appearance.

With exactly two weeks left until its supposed reveal, Citroën has opted to take covers off of the revived C4 early as a form of teaser.

Said to pay homage to the iconic GS that is celebrating its 50th anniversary this year, C4 stands in complete contrast to prior generations in that it features a crossover-like appearance with a fastback design similar to not only the erstwhile DS5, but also the discontinued Acura ZDX and Mitsubishi Eclipse Cross with the boomerang taillights resembling that of the Nissan Juke and the new X-Trail. 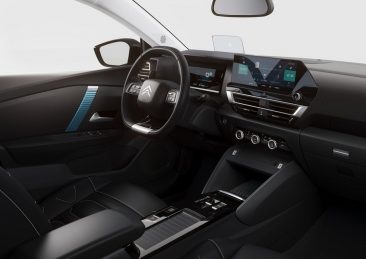 Describing the newcomer as a C-hatch in spite of the crossover looks, Citroën has remained tight-lipped on exact details, merely stating that the C4 will come with its Advanced Comfort programme involving the Progressive Hydraulic Cushions suspension and Advanced Comfort seats, and have a choice of petrol or diesel engines, as well as a full-electric in the guise of the ë-C4.

The same goes for the specifications of the interior and equipment, although based on the images, a minimalist centre console design has been opted for with the same applying to the dash, which is made up of an all-digital instrument, a freestanding touchscreen infotainment system and a Heads-Up Display. Full details will be revealed on 30 June.