The e-tron has a reported range of 328 km on a full charge. South Africans will probably have to wait for another year to get its first glimpse of Audi’s first fully electric SUV, the highly anticipated e-tron.

Audi started rolling out the e-tron overseas in March 2019 and there was initial optimism that it could make its way to South Africa in 2020. But with the backlog caused by the global Covid-19 pandemic, the car will only be available locally in 2021.

“We are hoping to have it by the first quarter of 2021, but it’s probably more realistic to look at the second quarter,’’ says Trevor Hill, head of Audi South Africa. 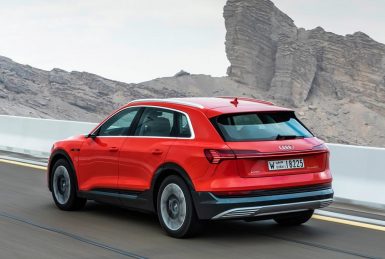 Quite astonishing, e-tron was Audi’s only model which sales showed growth globally this year. While deliveries to its costumers fell dramatically on all other models from January to April 2020, the e-tron was a shining light for the German carmaker, with over 12 000 models finding new homes over the four months.

“The e-tron just encompasses everything we can do in car. The demand we see for electric vehicles in Europa is not in South Africa yet, but it will pick up. We will probably need six to eight months to work on the structure we need to put in place,” says Hill.

Jaguar’s highly-acclaimed i-Pace in the only fully electric SUV available locally. With the Nissan Leaf not sold in South Africa anymore, the i-Pace is one of only two EVs alongside the BMW i3 currently on sale. 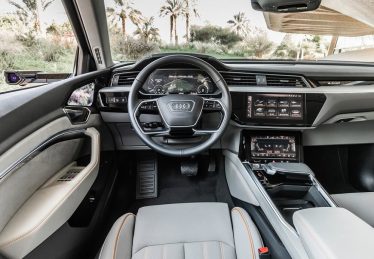 The next EVs to be rolled out locally are the e-tron and Mercedes-Benz’s first fully electric SUV, EQC. But according to Asif Hoosan, Audi’s head of Sales, Operations and Volume Planning, a lot still needs to happen before South Africa will be ready for the e-tron.

“The e-tron requires not only an investment from our side, but also from dealerships. But first we need clarity in expectation. There is a lot of uncertainty in the market, especially in the premium segment,” says Hoosan

The e-tron has a reported range of 328 km on a full charge. In comparison, the i-Pace can achieve a realistic range of around 400 km with the i3 equipped with certain batteries capable of covering over 200 km on a single charge.