Next Nissan Navara tipped for electrification

Anything is possible with electrification as it is “only bound by the imagination”. With its alliance partner, Mitsubishi, having approved an all-electric version of the next generation Triton by 2022, Nissan has indicated that the all-new Navara will adopt some form of electrification when it goes on sale in 2024.

In a move soon to be taken by Toyota with hybrid versions of the next generation Hilux and Land Cruiser and by Ford with the new Ranger and incoming F-150, Nissan Australia boss Stephen Lester confirmed to motoring.com.au that anything is possible with electrification as it is “only bound by the imagination”.

“That’s where in concepts such as utes and pick-ups there is an opportunity there, for sure, that is not limited by the technology or what the powertrain can do or deliver, that doesn’t suit the vehicle,” Lester said.

While it remains to be seen whether a diesel or petrol engine would be utilised when the hybrid becomes a reality, Lester stated that work is progressing to find the ideal solution regarding the matter. 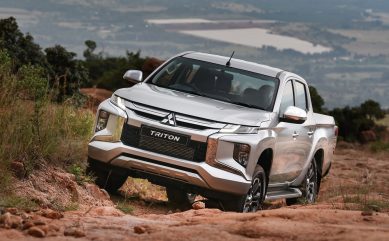 “I would say with all the people we’ve got globally working on these types of challenges, solutions are within everybody’s midst,” he continued.

Despite teasing of the heavily dated Navara last month, a model which will be built in South Africa from next year, it is unlikely that an all-electric powertrain would be added during its lifecycle in spite of Lester expressing his support for an all battery powered model.

“In fact, EVs with instant torque and the ability to put so much power down – and the layout of a pick-up truck – could potentially be a very logical EV layout and set-up. At the moment that’s always constrained against one’s understanding of what the current range and towing or hauling capacity is. When you park that part of it, you start to realise that from an equation standpoint, all the other pieces line up and it’ll take time to ultimately get that fit for purpose to marry up in the real world,” Lester said.

When it eventually bows, the Navara will differ slightly from the Triton on the outside as both will feature the same platform and possibly even engines. It therefore remains to be seen how both will compare once production and sales kick-off.