It will take on the look of either a traditional three-box sedan or a fastback like the A5 and A7. The long rumoured Audi A9 has resurfaced with a new report from the United Kingdom alleging it will adopt the E-tron suffix and go on sale above the A8 in 2024.

Reportedly approved four years ago, but with nothing having emerged since then, Autocar alleges that the A9 will take on BMW’s new 7 Series based i7 and the Mercedes-Benz S-Class derived EQS, as well as the next Jaguar XJ, and allegedly be closer in  size to the A7 whilst being more spacious inside than the A8. 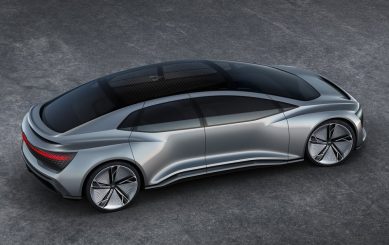 It will take on the look of either a traditional three-box sedan or a fastback like the A5 and A7, and incorporate technology such as 5G and autonomous driving from the steering wheel free Aicon Concept that bowed at the Geneva Motor Show three years ago.

Although details are unknown at this point, chances are that the A9 could ride on the Volkswagen Group’s dedicated all-electric MEB platform and apart from being all-wheel-drive, could have a range of over 500 km on a single charge based on the report, also from Autocar in 2016, as well as the Aicona’s claimed distance of 700 to 800 km. 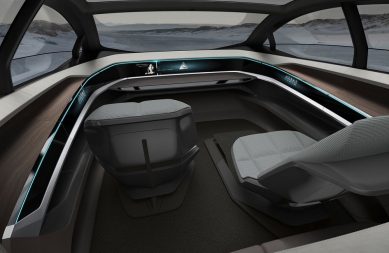 Developed by a ‘working group’ within Ingolstadt dubbed Artemis, a name which indirectly makes reference to the sister of Zeus in Greek mythology, the A9 E-tron will reportedly carry the E6 internal moniker and form of part of Volkswagen’s strategy to have up to 75 full electric and 60 plug-in hybrid models by 2029.