Although considerably down on the 191 kW produced by the MPS’s smaller 2.3-litre turbo, the amount of torque is 54 Nm up.

UPDATE: Mazda South Africa, in response to an enquiry by The Citizen Motoring, has confirmed that the turbocharged 3 will be offered in North America only and therefore won’t be available locally.

Detailed in Mexico earlier this week, Mazda North America has now officially revealed the intricacies of new turbocharged 3 ahead of its market arrival towards the end of this year.

Set to be offered in not only the States and Mexico but also in Canada, the turbo 3 will be offered as either a hatch or sedan in two trim levels; GT and Sport GT with the only differences being the level of specification, which includes items such as 18-inch alloy wheels, an 8.8-inch touchscreen infotainment system with Apple CarPlay and Android Auto, a sunroof and a 12-speaker Bose sound system, push-button start, dual-zone climate control, keyless entry, auto on/off LED headlights, a reverse camera, rain sense wipers and form the options list, the Premium Package which adds gloss black detailing. 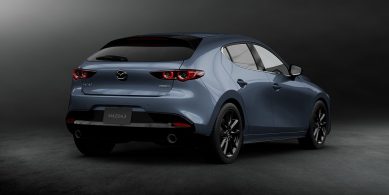 Of course, the biggest uptake is the turbocharged 2.5 SkyActiv-G engine already in use the 6, CX-5 and CX-9. While it produces the same 169kW/420Nm as claimed by Hiroshima’s Mexican division, the output is obtained when using the lesser 87 octane fuel. When topped-up with the more potent 93 variety, the amount of twist rises to 184kW/434Nm. 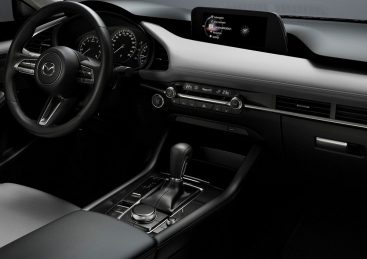 Although considerably down on the 191 kW produced by the iconic MPS’s smaller 2.3-litre turbo, the amount of torque is 54 Nm up with drive no longer going to the front wheels only, but to all four thanks to the i-Activ all-wheel-drive system. As indicated before, a manual gearbox won’t be offered along the lines of the MPS as exclusive use will be made of a six-speed automatic. No performance figures were revealed.

Already priced in Mexico from the equivalent of just under R375 000, the 3 Turbo is yet to be stickered in the United States, but for now, it is set to remain a North American bespoke model with no indication of it coming to South Africa at present.