The 2.0-litre turbocharged engine retains its 225kW/450Nm outputs, but seemingly no longer comes paired to the six-speed manual gearbox. Having pulled the wraps off of the subtly revised Countryman two months ago, Mini has now applied the same touches to the range-topping John Cooper Works (JCW). 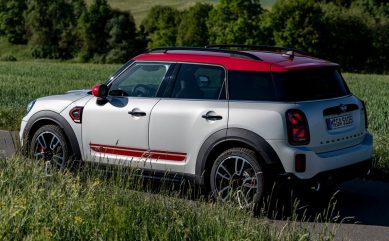 Inside, the 8.8-inch touchscreen infotainment system is joined by a new five-inch digital instrument cluster as part of the optional Connected Media Package. High gloss black finishes around the switchgear rounds the changes off. As with the standard Countryman, the JCW has a claimed boot capacity of 450-litres that increases to 1 390-litres with the rear seats folded down.

Underneath the bonnet, the 2.0-litre turbocharged petrol engine retains its 225kW/450Nm outputs and ALL4 all-wheel-drive system, but seemingly no longer comes paired to the six-speed manual gearbox as only the sports optimised eight-speed Steptronic is mentioned. 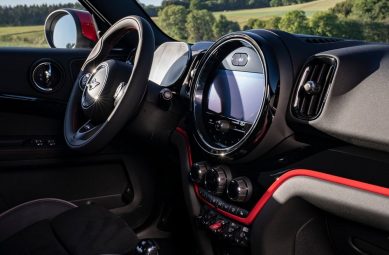 As ever, the top speed is limited to 250 km/h with Mini quoting a ‘preliminary figure’ of 5.1 seconds from 0-100 km/h. Also from the options list is Mini’s adaptive suspension system, while stopping power comes courtesy of red painted calipers utilising a fixed four-piston design at the front and floating single at the rear.

No pricing has yet been announced, but expect the JCW to arrive early next year with a small premium over the current model’s R807 280 sticker price.