Mitsubishi exiting Europe but not Africa

Triton will be replaced by an all-new model in 2022 which will share its underpinnings with the next generation Nissan Navara. Mitsubishi has confirmed that its presence in Europe will come to an end over the coming years as its focus shifts towards Southeast Asia.

Confirming the announcement made by fellow alliance partners Nissan and Renault two months ago, the three diamonds’ restructuring plan, dubbed Small but Beautiful, will span from the remainder of this year to 2022 and involve “cost rationalisation”, “sustainable growth” and “enhanced profitability” as well as “solid management”. 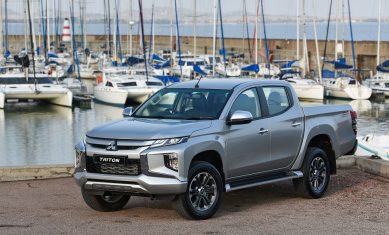 “Under this initiative, Mitsubishi Motors Co-operation (MMC) will concentrate its management resources on the ASEAN region, where it is competitive. Also, MMC will expand its profitability by further enhancement of its unique, competitive-edge technologies such as PHEV, HEV and 4WD, also by introduction of cutting-edge models leveraging the Alliance partners’ technologies,” it said in a statement.

In addition, focus will also be placed on South America, Africa and Oceania as the second key area behind the ASEAN region, where the marque’s plans include obtaining a market share of 11%.

Aside from confirming its exit from the Old Continent, a series of presentation slides obtained by Automotive News Europe has shed more light on some of the marque’s forthcoming models, most notably the new Outlander and Triton.

Based on the slides, and in-line with its move to hybrid or electric vehicles, the Eclipse Cross will become available with a plug-in hybrid powerunit later this year, while the Outlander, which will reportedly ride on the same platform as the Nissan X-Trail, will debut next year followed by the plug-in hybrid derivative in 2022. 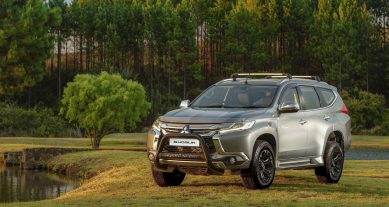 Already seen on a number of online platforms undergoing testing, the Outlander could feature the same range of engines as the X-Trail, and based on claims earlier this year, incorporate styling from the Engelberg Tourer Concept shown in Tokyo last year together with the Dynamic Shield design language.

Following confirmation this past weekend that the Pajero will be killed-off completely next year, the Triton, which in its current form been around since 2015, will be replaced by an all-new model in 2022 which, as previously indicated, will share its underpinnings with the next generation Nissan Navara due out around the same time. 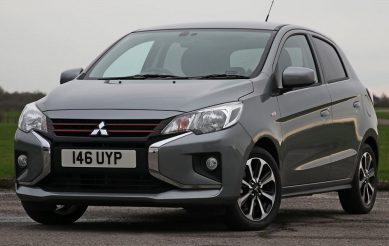 Further down the line, the South Africa bound Xpander will receive a hybrid kick in 2023 shortly before an all-new model arrives, while the current Pajero Sport will be replaced by a brand-new model later that same year. Likely to use the Triton as a base once again, it remains to be seen though how the Sport would square up against the Nissan Terra that currently uses the Navara as a base, but which is only sold in select markets across Asia.

With Africa remaining part of its focus, and new models such as the facelift Mirage and the aforementioned Xpander planned for local introduction next year, it seems unlikely that Mitsubishi’s exit from Europe will be replicated in South Africa.