Jimny pick-up spotted in New Zealand earlier this year, won’t be coming to South Africa due to costs and different vehicle rules. Suzuki’s ending of Jimny sales in the United Kingdom is poised to have no significant effect on South Africa from a demand and availability standpoint.

Earlier this month, Hamamatsu confirmed that its diminutive off-roader will be axed in the UK over the controversial new Euro 7 emissions regulations that require a corporate fleet average of 95 g/km. Despite turning to electrification on all of its European models, the Jimny’s K15B 1.5-litre petrol engine has not been optimised for mild-hybrid assistance, meaning that its retention on the Old Continent would negate any chances of bringing the range below said figure. While it was alluded to that the exit of the Jimny could potentially work in the local market’s favour, Suzuki Auto South Africa’s Media Liaison, Toni Herbst, confirmed to The Citizen that the impact will be of “little to no concern” in spite of both being right-hooking markets. At the same time, Herbst also indicated that the quirky Jimny pick-up spotted in New Zealand earlier this year, won’t be coming to South Africa due to costs and different vehicle rules.

“This is a Suzuki New Zealand initiative only that they themselves are responsible for, especially when it comes to aftersales.  This won’t be considered for South Africa; the cost involved is also not viable and there are also strict regulations in South Africa that need to be adhered to,” Herbst said. 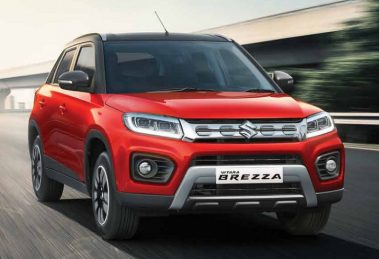 Similarly, she didn’t want to be drawn-in to the speculation about the reported production approval of the five-door Jimny in India, saying that, “We are constantly considering various products for the South African market and have to weigh up all the many variables associated with bringing in a new product”.

With most of its line-up emerging from India, Herbst also remained coy on confirming outright availability of the segment dominating Vitara Brezza, saying, “we have recently strengthened our lifestyle and compact SUV product offering (with the recent launch of the S-Presso as well as the facelift of the Ignis). Should all odds be in our favour, the Vitara Brezza could hit South African shores”. 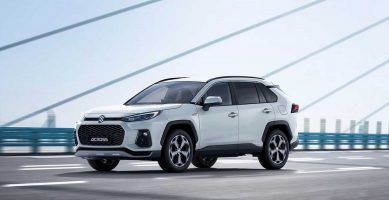 Less rosy is the likelihood of the Toyota RAV4-based plug-in hybrid Across with Herbst stating that, “Across is a product developed predominantly for the European market and at this current time we can say that it will not be heading to South Africa”.