Ford Ranger ‘Raptor-lite’ teased Down Under

FX4 Max could follow the same route as the South African market Thunder and slot-in above the Wildtrak but below the Raptor. 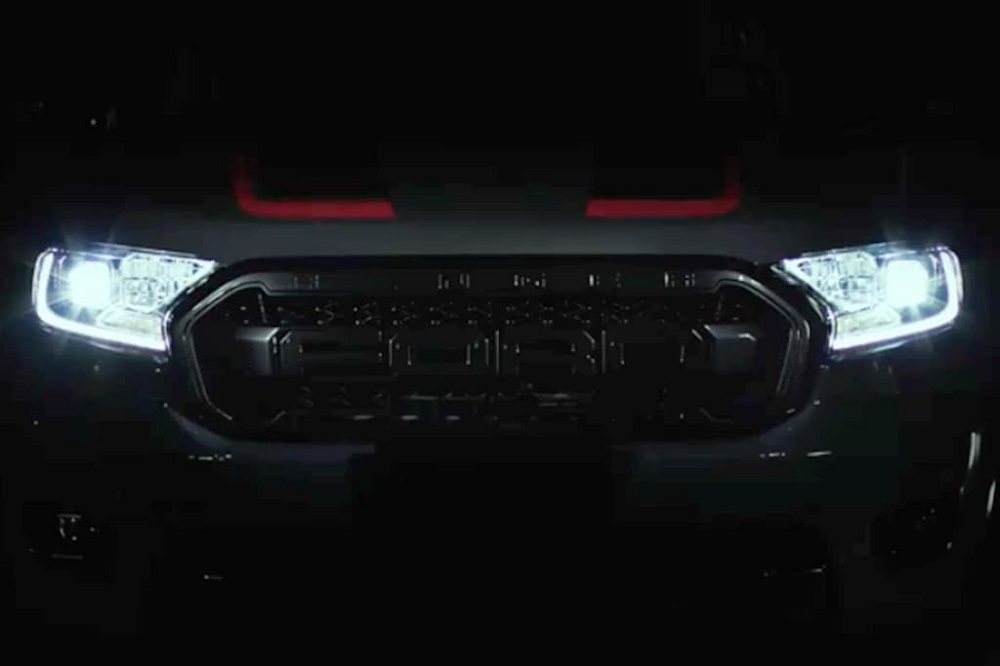 Following the introduction last month of the Thunder and the Tremor in North America this week, Ford is gearing up for yet another special edition version of the Ranger, albeit this time in Australia.

A market where special editions include the Wildtrak X and FX4, the new FX4 Max arrives on the back of a trademark application submitted in January this year, with its position in the Ranger line-up likely to be between the Wildtrak X and Raptor instead of the conventional XLT derived FX4 and the standard Wildtrak.

In a teaser video published on the Ford Australia Instagram page, the Max is seen brandishing exterior trim pieces similar to that of the Tremor, namely the powder coated side steps, Magnetic finished alloy wheels and tow bar, a black sports bar, bin liner, red bonnet decals, the Raptor-styled grille with block FORD badging and an auxiliary gauge cluster of sorts above the touchscreen infotainment system.

What’s more, the Max will be outfitted with the new Fox Racing mono-tube shocks and dampers that debuted on the Tremor and possibly also the 32-inch Continental General Grabber A/TX all-terrain wheels wrapped around the mentioned 17-inch alloys.

Up front, it will swap the Tremor’s 2.3 EcoBoost petrol engine for the 2.0-litre bi-turbodiesel rated at 157kW/500Nm. Drive, as ever, will go the rear or all four wheels via the General Motors co-developed ten-speed automatic gearbox.

With Ford South Africa having so far resisted the urge to reintroduce the FX4, the Max, for the moment, appears unlikely to be offered locally as it could potentially clash with the Thunder on price.