Toyota GR Hilux could possibly lead to a GR Fortuner

If approved, expect the GR Fortuner to use the new 3.3-litre turbodiesel V6 engine. 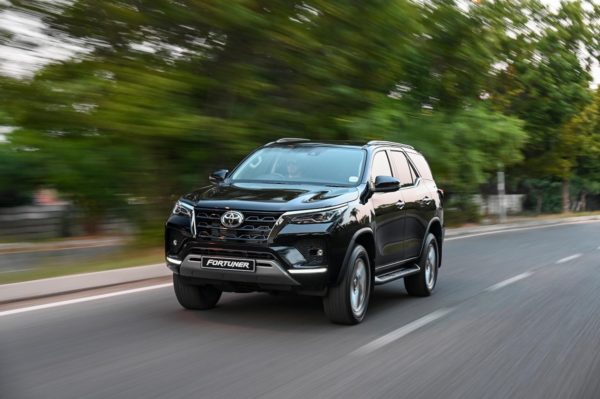 The facelift Toyota Fortuner could make way for an all-new model next year rumoured to feature a GR derivative.

With centre stage over the past few weeks and months having gone to the all-new Land Cruiser 300 and incoming brand-new Hilux, speculation from Australia has flared up that Toyota could potentially introduce a GR version of the Fortuner.

Not official at present, carsguide.com.au reports the automaker hasn’t ruled out the possibility of a GR Fortuner despite declining to provide any further details. If approved, expect it to use the same 230kW/687Nm 3.3-litre turbodiesel V6 that will power the Land Cruiser 300 and indeed the GR Hilux.

Reportedly buoyed by the success of the GR Yaris, which sold out not long after arriving Down Under, Toyota Australia vice-president of sales and marketing Sean Hanley told the online publication the rally derived model’s feat had given it “confidence” to encourage Toyota Japan to approve more GR models.

“For us, it’s given us a lot of confidence – confidence we can take back to our parent company to talk about things we could potentially do in the future. We definitely see opportunity for the GR band extending through our range,” Hanley said.

The arrival of the GR Hilux, which is only expected next year or in 2023 based on the all-new model, comes on the back of it being reported in January the third generation Fortuner could debut at the same time with hybrid assistance.

Seeing as the Fortuner rides on the same platform as the Hilux, which for the next generation will be the new TNGA-F earmarked for the Land Cruiser 300 and the North American Tundra currently undergoing testing, a GR model could well happen with the new oil-burner paired with the new ten-speed automatic gearbox.

For now, the GR Fortuner remains a speculative model but don’t be surprised if more details and rumours about it emerge over the coming weeks and months.