Series of details highlights the South African-spec model due here in July. 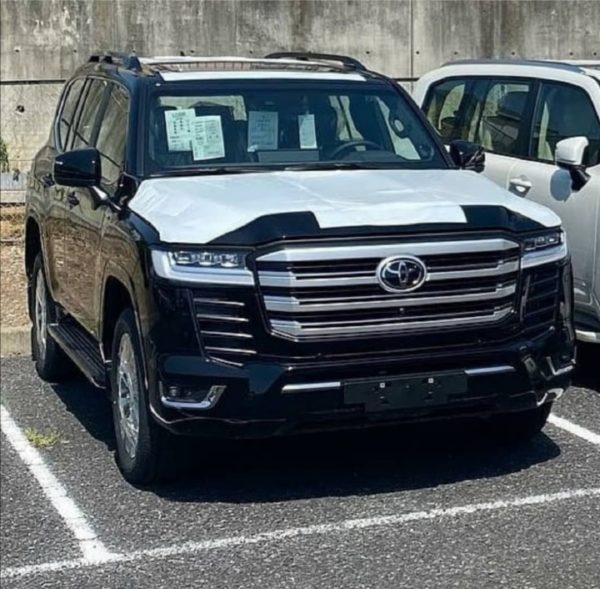 Despite not having been officially launched, images of the new Toyota Land Cruiser 300 have continued to pop-up on social media. Picture:: toyota_land_cruiser_300 on Instagram

A slew of what appears to be final details of the new Toyota Land Cruiser 300 have leaked on social media, apparently from a somehow obtained marketing and sales bulletin originating from Toyota South Africa.

Published on the Land Cruiser 300 Instagram page, the documents also confirm details of the local model’s specification and seemingly also throws speculation out about the possibility of a V8 engine, at least on our shores for now.

Based on the stamped Toyota South Africa papers, the 300 indeed rides on the new body-on-frame TNGA-F platform set to be used by the new Tundra in North America, the forthcoming all-new Hilux, Fortuner and Land Cruiser Prado, and have the following dimensions:

Unchanged from the now discontinued Land Cruiser 200 though is the 230 mm ground clearance as well as the approach, breakover and departure angles of 32 degrees, 25 degrees and 24 degrees. Towing capacity is still capped at 3 500 kg for a braked trailer and 750 kg for an unbraked trailer.

The main confirmation though is the choice of drivetrains. While known for some time, the documents confirms availability of both the 3.5-litre badged twin-turbocharged 3.4-litre V6 petrol and the all-new 3.3-litre turbodiesel V6 that replaces the 4.5 D-4D V8, which will however continues in the Land Cruiser 76/79.

With the previous claims of the oil-burner being a straight-six and supposedly developed by Mazda with the addition of a 48-volt mild-hybrid system now thrown out completely, the apparent final outputs are as follows; 305kW/650Nm for the petrol, down five kilowatts but up 50 Nm on the Lexus LS500 that uses the same engine and 225kW/700Nm for the diesel, an increase of 30kW/50Nm over the V8.

As previously reported, the six-speed automatic gearbox from the 200 bows out in favour of a new ten-speed box, while on the trim level front, the range-topping VX that become the VX.R makes way for the new ZX with the GX-R remaining the entry-level grade and the GR Sport joining as the mid-range model.

Unlike the diesel only GX-R, both the GR Sport and ZX will have the option of the petrol or diesel with the former boasting a GR specific body kit in addition to 18-inch alloy wheels and GR sidesteps and a GR grille, while the latter gets 20-inch alloy wheels, a silver/chrome grille, a so-called aero exterior and illuminated door sills.

On the specification side, the GX-R will come as standard with a seven-inch touchscreen infotainment system, while the new 12.3-inch display from the Harrier and Venza will star on the GR Sport and ZX. Both systems will have Apple CarPlay and Android Auto with the unit of the GX-R featuring Tracks for Africa as standard.

The latter pair will also have a 14-speaker JBL sound system compared to the GX-R’s four, while a rear seat entertainment system with dual 11.6-inch screens will be to the ZX only.

Also reserved for the latter pair is the 3D Multi-Terrain monitor, the system itself with four modes; Auto, Sand, Rock and Mud, a surround-view camera system and quad-zone climate control. Toyota’s Safety Sense 2 range of safety and driver assistance systems will also be standard.

In spite of Toyota having so far remained mum on the leaked details as well as the number of images leaking at regular intervals on social media since April, motor1.com reports that the Land Cruiser 300 will debut officially at the end of this month or on 1 June.

According to the papers, only the petrol powered ZX will initially be offered in South Africa from July with the diesel model and the GR Sport derivatives following in September. No word about the GX-R was however made.