Next generation of performance Jeep models poised to get an all-new electrified straight-six engine. 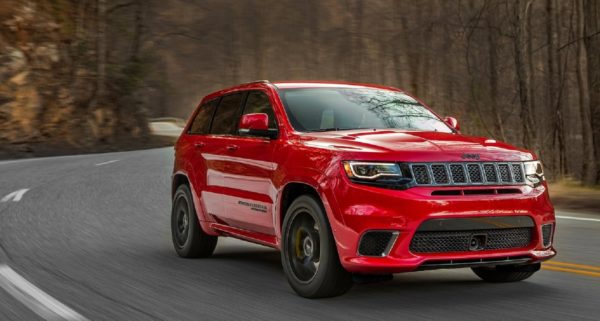 Despite providing assurance in February that the SRT moniker will continue in the next generation Jeep and Dodge models, an alleged source within Stellantis has confirmed that the recently revealed all-new Grand Cherokee won’t spawn a second generation Trackhawk immediately.

According to the Mopar Insiders online forum, the outgoing 6.2-litre supercharged V8 WK Grand Cherokee Trackhawk will, for now, not to be replaced by a version based on the WL Grand Cherokee, which will be coming to South Africa later this year, as a result of Stellantis’ focus on electrification rather than relying on large displacement forced assisted internal combustion engines to obtain performance.

RELATED: Electrification the future for next generation performance Jeep models

“There are so many things we can do with electrification: it’s a new world that’s opening to us. Electrification is not boring. We can do a lot of different things, and really exciting things that would meet the [high-performance] Jeep DNA, if you know what I mean,” Jeep boss Christian Meunier was quoted by Australia’s motoring.com.au as saying.

While ruled-out for now, the plug has allegedly not been pulled on the Trackhawk entirely with the online forum claiming its return in 2023 using an electrified version of the new turbocharged straight-six the former Fiat-Chrysler Automobiles (FCA) submitted a patent application for back in 2017.

Known internally as Global Medium Engine Turbo-6 or GME-T6, the firm’s first straight-six mill since the American Motors era 4.0-litre engine, later rebranded PowerTech, will be rolled-out not only to the Grand Cherokee, but also the Wagoneer and Grand Wagoneer with its biggest known tech feature at present being an electric boost system known as e-Booster aimed at reducing low-down turbo-lag.

Reportedly displacing 3.0-litres, the inline-six will be offered in various states of a tune with power said to be as little as 268 kW and much as 392 kW, the latter a 48 kW increase over the normally aspirated 6.4 Hemi V8 that powers the WK Grand Cherokee SRT.

While significantly down on the 522 kW provided by the supercharged V8 used in the Trackhawk, the forum alleges that a series of electric motors would rate as the sole method to obtain or match the same level of output from the straight-six.

As is known by now, the Trackhawk’s V8, which also powers the Hellcat and Demon derivatives of the Dodge Charger and Challenger as well as the Durango Hellcat and the Ram 1500 TRX will soon be bowing out in response to not only electrification, but also costs and emissions.