According to Hyundai, both provide an alternative to a half-ton bakkie, a segment currently occupied by the Nissan NP200. 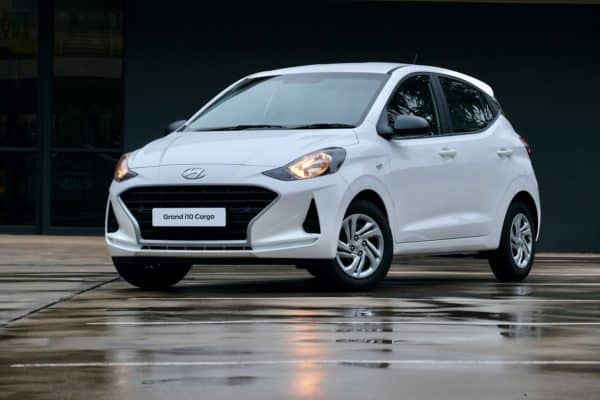 Having launched the new Grand i10 last year, Hyundai has re-introduced the Cargo panel van converted model while also announcing availability of a load-lugging version of the Atos.

Said to offer an alternative to a half-ton bakkie, a segment currently only occupied by the venerable Nissan NP200, both the Grand i10 and Atos Cargo lose their seats in favour of a flat floor while gaining wire mesh in front of the rear windows and a metal mesh cargo partition between the boot and front seats.

Reserved for the Fluid though are 14-inch as opposed to 13-inch steel wheels with plastic covers, electric front windows and a passenger airbag rather than the driver only option provided by the Motion.

Up front, motivation remains unchanged from the donor models with the Atos Cargo again powered by a 50kW/99Nm 1.1-litre petrol engine and the Grand i10 Cargo by a 49kW/94Nm 1.0-litre petrol. Both units are matched to a five-speed manual gearbox with Hyundai claiming a top speed of 155 km/h for the Atos and 153 km/h for the Grand i10.

For for information, visit hyundai.co.za.