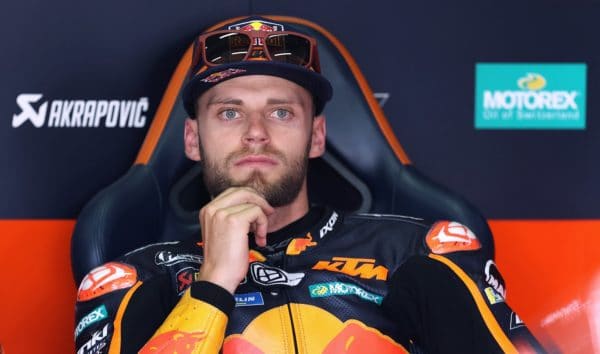 South Africa’s Brad Binder made an impressive start to the second half of the MotoGP season with a fourth-place finish at Sunday’s Grand Prix of Styria at the Red Bull Ring in Spielberg, Austria.

After struggling with his front tyre for most of the race, The Red Bull KTM rider had fantastic last lap, overtaking Johann Zarco and Taka Nakagami to finish just one spot outside the podium places. It was his fourth top-five finish of the season.

The race was won by Spaniard Jorge Martin on a Ducati, who became the first rookie to win a MotoGP race since Binder himself achieved the feat last year. World champion Juan Mir and 2021 world championship leader Fabio Quartararo completed the podium.

The race had its fair share of drama and had to be stopped after Spaniard Dani Pedrosa and Italian Lorenzo Savadori’s bikes caught fire in the middle of the track after a third-lap crash. Pedrosa competed as wild card for KTM on its home track in what was his first race in over two years and still managed to finish 10th after the race resumed.

Binder’s team-mate Miguel Oliviera was forced to retire with a technical problem on the 12th lap. Oliviera is in seventh place in the world championship with 85 points, leading Binder in eighth place by 12 points.

“I don’t know why but it felt like the front tire had no temperature and for the first flying lap it was like it was wet. We need to look and see what happened.

“I went down to 25th at one point because I almost ran off the track. I passed four to five guys in the next laps until the red flag.

“The restart was much better and I had more confidence even if we really need a harder front tire. It is way too weak for us. I was riding on the tire limit the whole race but managed to make a couple of moves to take fourth, which I was really happy with.”