Close racing resulted in a few bent panels and in some cases, more extreme damage. 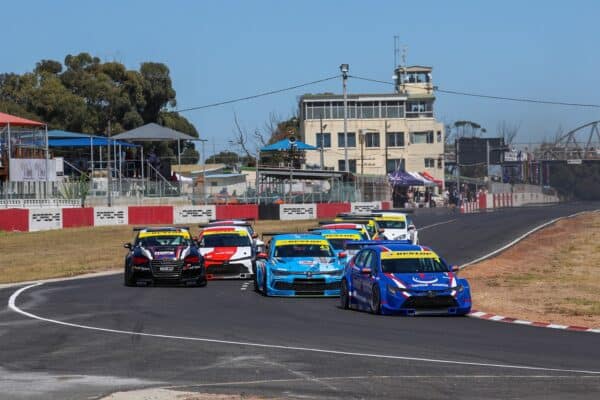 The 2022 Extreme Festival series kicked off in style at the Western Cape Killarney circuit on Saturday, with a large, enthusiastic crowd treated to a full programme of spectacular motorsport.

Race two, started from an inverted grid, was red-flagged when Liebenberg’s Audi got tagged, spun and was solidly collected by the Toyotas of Saood Variawa and Mdakane.

The race produced the day’s biggest crash when the vehicles of Nathan Hammond, Andre’ Bezuidenhout and Sam Hammond came together at some 140 km/h, causing Nathan’s car to barrel-roll.

He was not injured, but the SupaPolo went to that final pit stop in the sky. Kruger won race two, marginally ahead of Fourie, Masters and Campos.

Pre-event favourite Franco Scribante (Porsche 911) dropped out with electronic maladies on the warm-up lap. Scribante charged back in race two though, winning ahead of Du Toit, and Arangies. The Porsche driver also scored the day’s final win from Du Toit and Angel.

The next round of the 2022 National Extreme Festival will be at at the Zwartkops Raceway near Pretoria on 23 April.