Automaker occupied four of the top-ten slots with the Hilux finishing eighth, one place above the Tesla Model 3 that jumped 12 places. 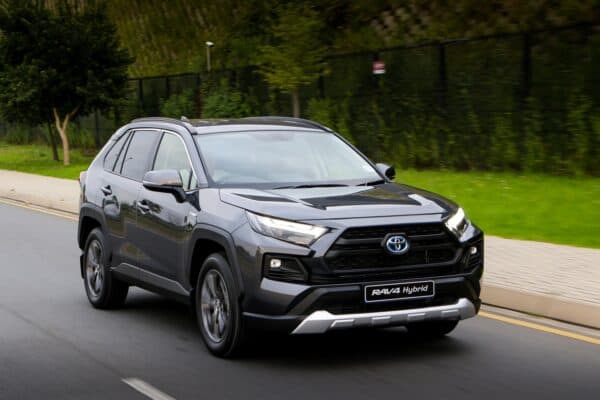 RAV4's ranking takes it above the Corolla that topped the list in 2020.

The Toyota RAV4 has taken top honours as the surprise global best-selling vehicle of 2021 based on an extensively canvassed new report.

Compiled by automotive analyst, Felipe Munoz, from no less than 106 markets, the RAV4 and its Chinese market only offshoot, the Wildlander, amassed total sales of 1 132 000 units, a jump of six percent from 2020.

With this, the RAV4 leapfrogs its stablemate, the Toyota Corolla, whose 1 104 000 unit sales remained unchanged from the twelve months before.

Retaining its third place with a three percent increase for a total of 903 000 is the Honda CR-V and its Chinese market Breeze sibling, followed by the Nissan Sentra, sold as the Sylphy in Asian markets, whose one percent uptake to 693 000 means it keeps its fourth place.

With sales of 681 000 units, an increase of eight percent, the Toyota Camry stays fifth with sixth position going to the outgoing Honda HR-V/Vezel/XR-V, whose 670 000 represents a massive rise of 20%.

Completing the top ten, the same place it occupied in 2020, is the Honda Accord/Inspire with sales of 481 000, a decrease of two percent.

In total, Munoz’s report covers 110 models and can be viewed in full by clicking here.

Notable highlights include the following: