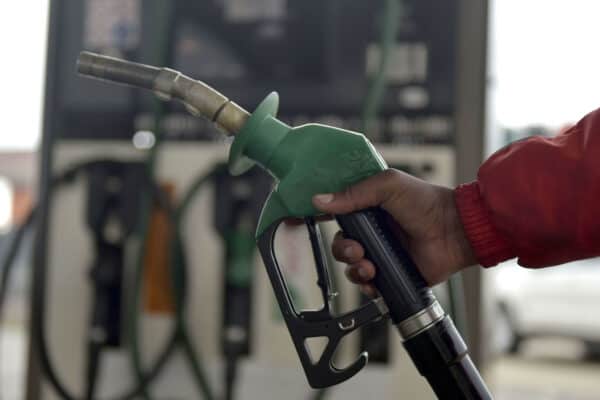 A petrol station in Edenvale on 21 January 2021. Picture: Neil McCartney

Various international factors play a role when a new fuel rate is determined, such as crude oil prices, the rand/US dollar exchange rate, and the slate levy.

DPE considers legal action over leaks on the SAA/Takatso deal

The Department of Public Enterprises (DPE) is seeking legal advice on whether it should take action on the alleged leaking of official information relating to the South African Airways (SAA)/Takatso deal.

Fin 24 last week reported that the department’s Minister Pravin Gordhan allegedly cut out advisors and failed to consult with National Treasury on the impending SAA/Takatso deal.

“The department is seeking legal advice on action to be taken on the leakage of official information and the peddling of false and distorted information about this process,” said the DPE in a statement.

President Cyril Ramaphosa has welcomed a court ruling regarding the Marikana massacre, but slammed the “politicisation” of the 2012 tragedy.

Police on 16 August 2012 gunned down 34 striking miners and about 280 workers were arrested at the Lonmin platinum mine in Marikana, North West.

The protesting workers were demanding a salary of R12,500 and better living conditions.

The ANC in KwaZulu-Natal has slammed the door on former eThekwini mayor, Zandile Gumede’s bid to be elected to a top position in the upcoming provincial conference.

Gumede, who is currently the ANC regional chairperson in eThekwini, is tipped to contest for the ANC provincial treasury position following an endorsement by her supporters in the region.

Another week of the load shedding rollercoaster – Here’s your schedule

Eskom said it would continue with stage six rolling blackouts from Monday afternoon, with varying stages throughout the week. Here’s what your load shedding schedule looks like.

Eskom spokesperson Sikonathi Mantshantsha said a 7% wage increase is currently being discussed but unions have not yet reached an agreement.

Some workers have returned to their posts but it is still not enough to make up for the maintenance delays and restore the wobbling power supply.

The Gauteng health department has promised to pay trainee nurses by the end of this week, after the health workers hadn’t been paid their salaries for three months.

The pledge from the health department comes after the Democratic Nursing Organisation of South Africa (Denosa) warned of mass strike action.

Gauteng Health DDG for Corporate Services, Basani Baloyi, said the nurses have not been paid due to a system glitch and budget issues.

Police spokesperson Selvy Mohlala said from the information they received, two shacks in one yard caught fire when power was restored after load shedding.

Musa Mseleku talks about the battle with his wives to take on wife No. 5

In the fifth season of Uthando Nes’thembu, businessman and polygamist Musa Mseleku hinted that he was seeing another woman outside of his polygamous marriage, and that he was considering making her his fifth wife.

Although it is expected for a polygamist to take on many wives throughout his life, the businessman received backlash from his four wives because he had promised that he would not get married again.

Orlando Pirates boss Irvin Khoza has opened up about the pain he still feels eight years after the death of his club’s former goalkeeper Senzo Meyiwa.

Khoza says the fact is that they still do not know what happened on October 27, the day Meyiwa was killed. Meyiwa was killed at then musician girlfriend Kelly Khumalo’s mother’s house in Vosloorus.

Hawks enlisted by Safa to help with match-fixing allegations

South African Football president Danny Jordaan says the association has intensified its fight against match-fixing after incorporating an integrity officer, who works with the South African Police Services’ Directorate for Priority Crime Investigation, commonly known as the Hawks.

Jordaan sounded irked by teams fighting for spots either at the top of the league or trying to avoid relegation, saying it makes no sense to not report a case of suspected match fixing or an irregularity only at the end of the season.

South Africa’s hosting of a Formula 1 race after almost three decades has taken a massive step towards realisation with the reported addition of Kyalami to next year’s provisional calendar.

Amidst ongoing rumours over the last two months alleging a return for the first time since 1993, Dutch newspaper, De Telegraaf, reports that Kyalami forms part of the interim race programme for 2023, which could comprise 24 races depending on the situation in China.