WATCH: Lucky rider crashes into car, lands on its back safely

Not only is the biker alive, he appears to be more inconvenienced by the fact that he's stuck on top of a moving car. 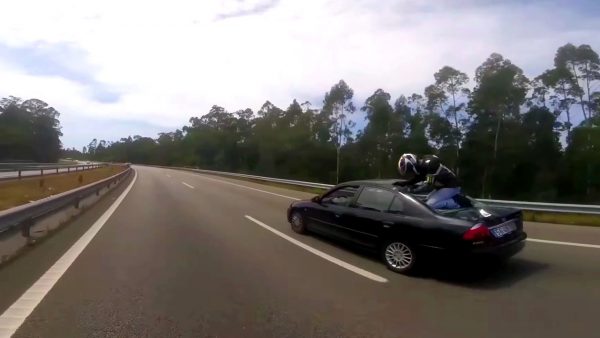 To be quite honest, the biker is very lucky. 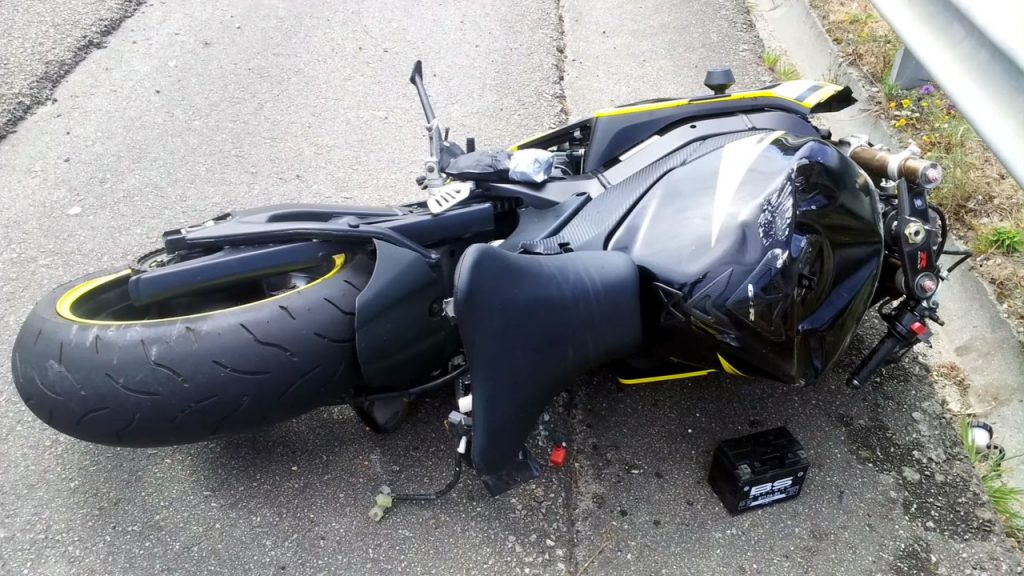 Appearances can be deceiving, as we quickly see when the camera operator rolls up to the car. Not only is the biker alive, he appears to be more inconvenienced by the fact that he’s stuck on top of a moving car.

Obviously, the driver of the sedan knew something was amiss – the biker busted out the rear window and was sitting on the rear shelf after all – but we were just waiting for the rider to knock on the roof or something. You know, to let the driver know he was there and to maybe pull over. 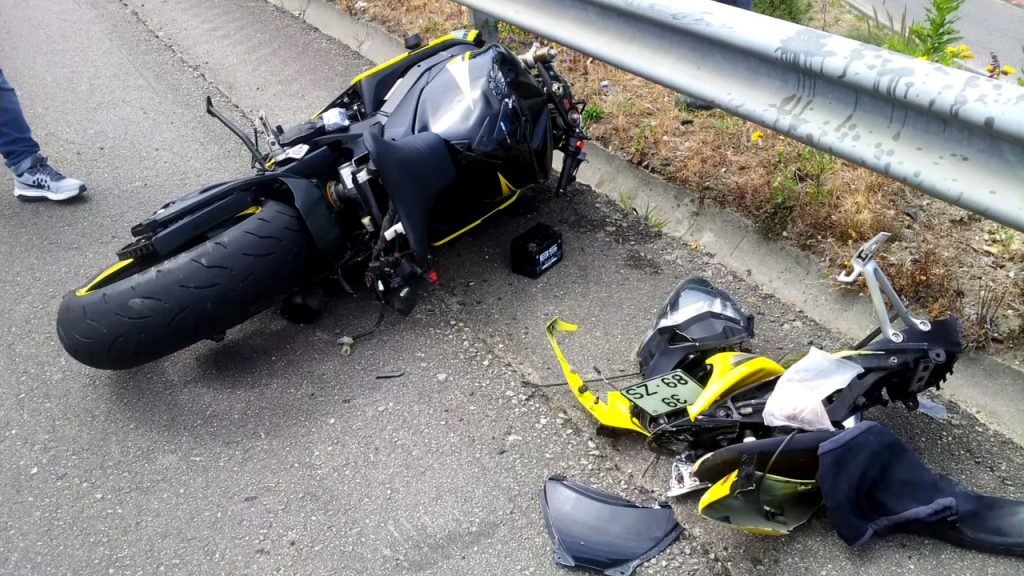 We suspect the biker didn’t come away injury-free after such a crash, especially after seeing the extensive damage done to the bike.