The BMW R 1200 GS Adventure has become a legend in its own time. Alongside the R 1200 GS, the motorcycles are some of the most iconic and best-selling enduro models available.

The Adventure takes the upgrade to the next level – as with previous iterations, it is slightly higher and wider than the GS. It also has a bigger fuel tank (30 litres versus 20 litres) and the iconic cross spoke wheels as opposed to the cast aluminium on the GS.

At this stage, I should point out that I am a daily BMW rider and have forked out my own money twice on the brand.

I have also not ridden any of the Adventure’s or GS’s competitors such as the KTM 1190 Adventure R or Honda’s VFR 1200 X range.

Nevertheless, the Adventure managed to impress on every level. And so it should as the bike is not cheap with the base price coming in at R164 200 and the all-in price (excluding panniers) standing at R207 450.

But the Adventure has never been cheap and this has not really dented sales or popularity all that much in the past.

A great motorcycle should be almost invisible on the road or on dirt. It should give you the feedback you need but not take up all of your attention. This the Adventure does exceptionally well.

The gearbox is smooth as silk and the wet clutch is a dream.

The press launch saw a number of riders tackling Baviaanskloof in theEastern Cape. The motorcycles managed the technical route admirably and the riders could not stop praising the performance on the dirt and rocks.

On tar the machine is a dream, eating up kilometre after kilometre. Winding mountain passes are an absolute pleasure.

This results in a machine where the power it delivers seemingly never ends. No matter which gear you engage, the power is immediate and continues as the speedometer climbs and climbs.

The official literature rates the maximum speed as “over 200 km/h”. Needless to say, the machine can go “somewhat” faster than that.

The introduction of a steering dampener has been a winner and the handling is responsive on the dirt, as well as in turns on tar. It is very stable on open stretches.

Initially, the styling might look a little overdone but you soon get used to it and then start to stare at it admiringly.

My only critique of the machine is the throttle, which is exceptionally responsive. This will take some getting used to for many less advanced riders. While this element did not bother a number of the motorcycling journalists at the launch, it did rock my comfort zone at times. 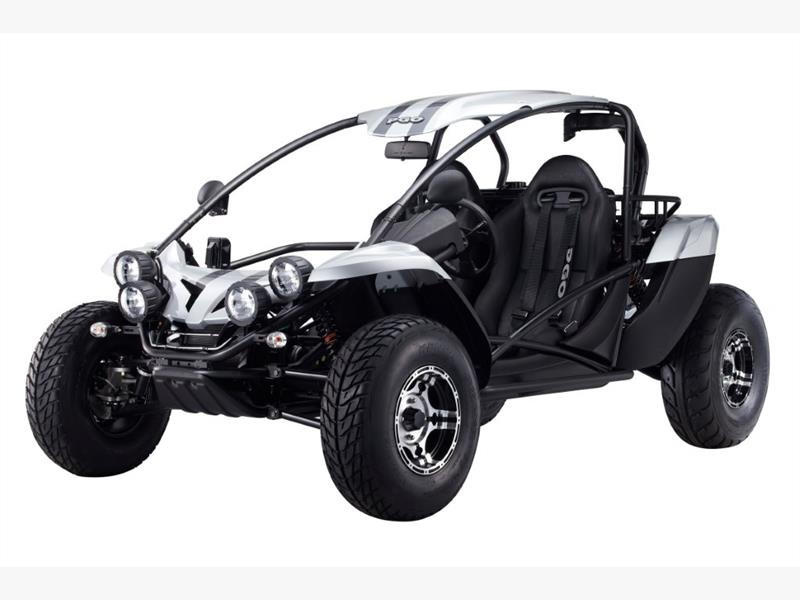