Here it is: Eighth generation Volkswagen Golf leaked ahead of unveiling

Interior rates as the biggest departure from the Mk 7.5 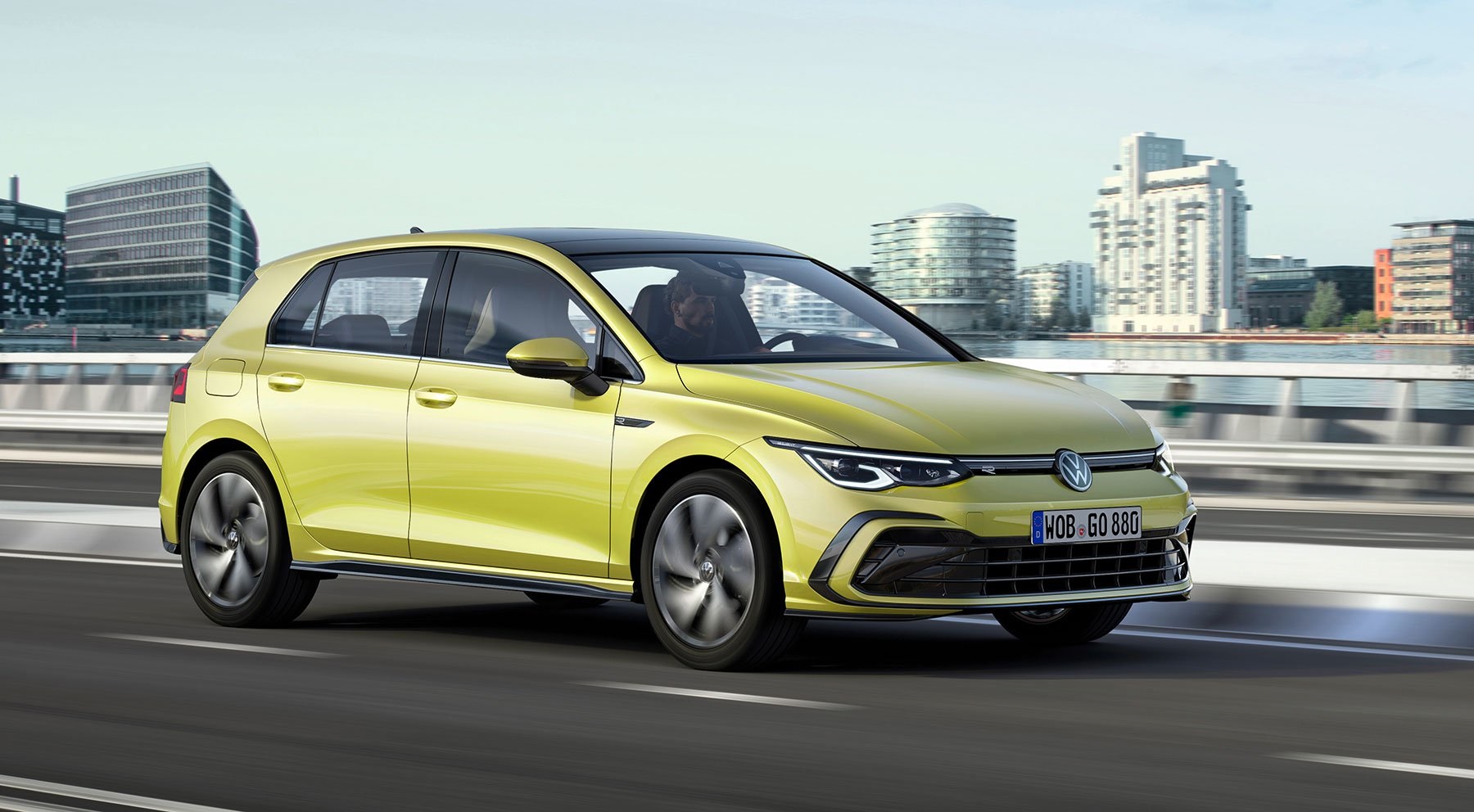 Ahead of its long awaited official unveiling this evening (24 October), the all-new eighth generation Volkswagen Golf has been outed online via a series of new spy images.

Leaked on Wednesday evening by Spanish website El Motor, images which have since been removed but kept by carscoops.com, the depictions confirms prior leaks and pre-production spy grabs that the Golf will be more evolutionary than revolutionary on the outside. 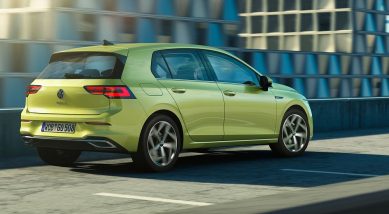 Headlined by slimmer headlights, a tapering bonnet line, thinner grille complete with Volkswagen’s new corporate logo and a wider lower air intake, the basic silhouette is unchanged from the outgoing Mk 7.5, with changes to the rear consisting of new light clusters, a slightly revised bumper, a neatly integrated boot spoiler and faux exhaust outlets. As before, the Mk VIII will be available with the aesthetically enhanced R-Line bodykit.

As previewed earlier this month in a series of sketches, the interior rates as the biggest departure from the Mk 7.5 with most of the buttons having been replaced by a now freestanding ten-inch touchscreen infotainment system flanked by a similarly sized Active Info Display instrument cluster. 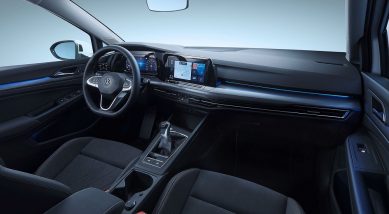 In addition to the new steering wheel and redesigned dashboard, ambient lighting has also been added and the air vents relocated to the lower flanks of the now rounded facia. In addition, the gear lever is all-new and effectively confirms that the Golf will still be offered with a manual gearbox, while a stubby toggle switch replaces the lever on DSG equipped models.

With the reported software glitches related to the over-the-air updates that delayed the initial launch now seemingly rectified, it is already known that the Golf will have the option of two TSI engines, a 1.0-litre three-cylinder and 1.5-litre four-cylinder supplemented with a 48-volt mild-hybrid system and a single, non-hybrid 2.0 TDI with the plug-in hybrid GTE set to follow later. 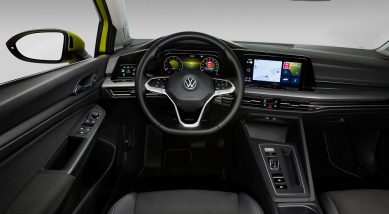 Slated to arrive next year, the GTI will feature the EA888 2.0 TSI motor, but with revisions that will result in a rumoured output of 180 kW, while the R is set to churn out a reported 298 kW from the same engine when it bows in 2021. As indicated, exact details will be revealed this evening when the covers are taken off at Golf’s unveiling in Wolfsburg.