With the all-gripping system removed, the RWD weighs 65 kg less in coupe form with the soft-top being 55 kg lighter 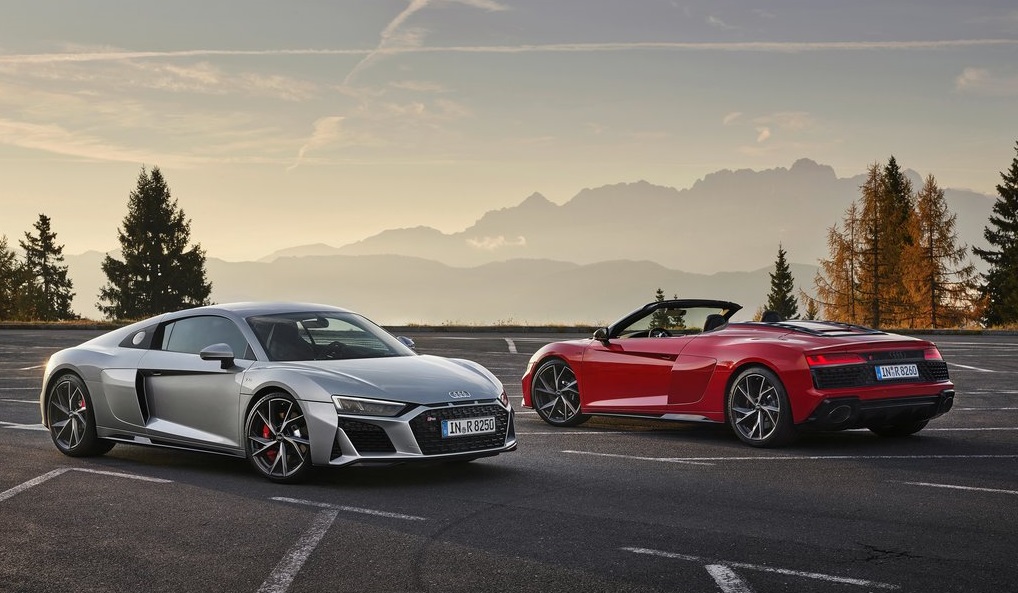 On the heels of comments made by its CEO earlier this year, Audi Sport has reintroduced the rear-wheel-drive version of the R8 to its line-up, albeit now as a permanent fixture.

Hinted by division boss Olivier Hoffman back in June as making a possible return, the rear-wheel-driven R8 replaces the limited-run, pre-facelift Rear-Wheel-Series (RWS) derivative, although with the RWS designation dropped in favour of RWD.

Like the regular quattro model, the RWD will be offered in coupe and Spyder guises, but with the all-gripping system removed, weighs 65 kg less in coupe form for a total of 1 595 kg with the soft-top being 55 kg lighter at 1 695 kg. 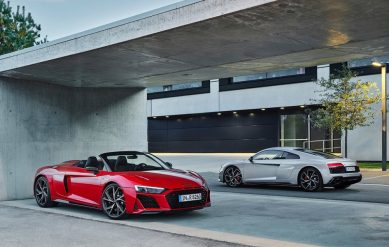 In addition to the weight drop, the RWD’s distinguishes itself from the quattro by featuring a flatter Singleframe grille, a Mythos Black paint finish for the upper side blade with the lower half being body coloured, wider air inlets on the front bumper as well as a revised diffuser that has been moved-up, a bespoke front splitter and a new cover for the air filter.

Also unique to the RWD is a gloss black finish for the side sills, diffuser and front blade, while the carbon and black styling packs have been carried over. Rounding the fittings off are forged black 19-inch alloy wheels with 20-inch rubber optional and an optional gloss black finish for the four rings logo. A chrome RWD badge on the passenger’s side is the sole interior difference.

With Audi having ruled out a smaller capacity engine or turbocharging for the current generation R8, the RWD makes do with the same normally aspirated 5.2-litre V10 engine as the quattro, rated at 397kW/540Nm. 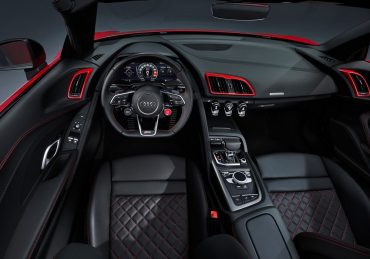 A seven-speed S tronic gearbox drives the rear wheels with the 0-100 km/h dash taking 3.7 seconds in the coupe and 3.8 seconds in the case of the Spyder. Down 0.3 seconds on the respective quattro models, the RWD also drops four kilometres per hour in top speed with the coupe achieving a V-max of 320 km/h and the Spyder 318 km/h.

Like the quattro, production of the RWD will take place at the Neckarsulm plant from the beginning of next year with pricing in Germany from €144 000 for the coupe and from €157 000 for the Spyder.