Free-breathing motor produces 294kW/418Nm and is matched to a six-speed manual gearbox only. Having faced widescale criticism for introducing forced-induction to the 718 Boxster and Cayman ranges four years ago, Porsche has now jettison the turbocharged flat-four engines for a normally aspirated flat-six in the newly introduced flagship GTS. 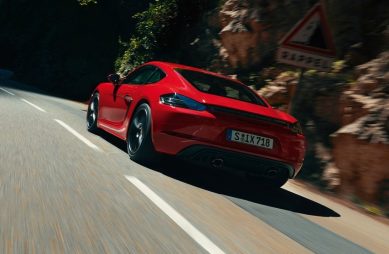 The same 4.0-litre unit that once powered the 911 and which will also be used for the incoming GT4, albeit in a higher state of tune, the free-breathing motor produces 294kW/418Nm and is matched to a six-speed manual gearbox only with a seven-speed PDK likely to follow next year. 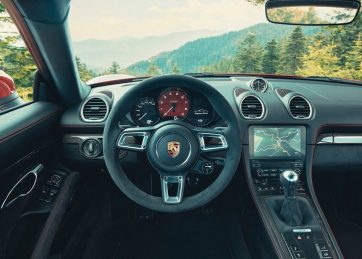 Equipped as standard with the Porsche Active Suspension Management, Sport Chrono Package and Porsche Torque Vectoring systems with a mechanical limited slip differential and sports exhaust also featuring, both the Boxster and Cayman will get from 0-100 km/h in 4.5 seconds and top out at 293 km/h. 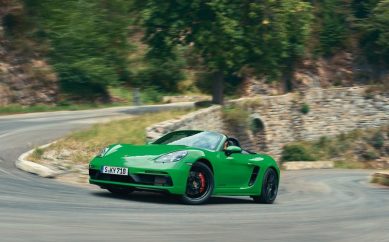 Aesthetically, GTS sits 20 mm closer to the ground than the regular Boxster and Cayman S, while adding bespoke trim such as satin gloss black 20-inch alloy wheels, a dark finish on the lip spoiler, air-intake, around the head-and-taillights and on the front apron as part of the Sport Design pack, a redesigned rear bumper and cross-drilled brake discs with red calipers. Optional is the upgraded Porsche Ceramic Composite Brakes. 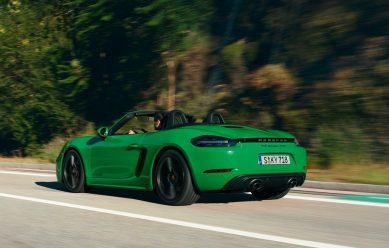 Standard spec meanwhile consists of the new seven-inch touchscreen Porsche Communication Management with Track Precision smartphone app and a Bose or Burmester sound system, while unique GTS touches include Alcantara on the upgraded sport seats, steering wheel, doors, gear lever, armrest and roof in the case of the Cayman, carbon centre console inserts and the optional GTS Interior Package that offers a choice of two colours for the seat belts, GTS logos on the front headrest and Porsche lettering on the floor mats; Crayon or Carmine Red. 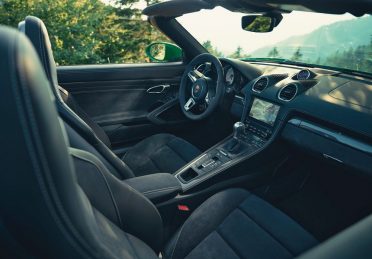