New Quest more modern than the 10th generation based model and also has more power and a broader range of models. 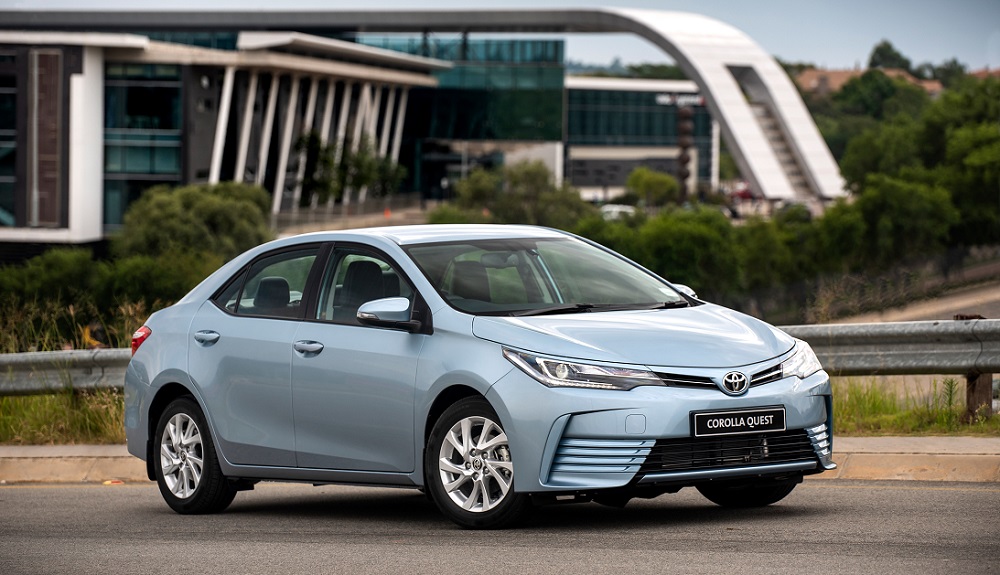 With the all-new Corolla sedan set to be revealed later this year, Toyota has used the annual State of the Motor Industry address at the Kyalami Grand Prix circuit to unveil the new Quest now based on the outgoing 11th generation model.

Set to be available from dealerships in March, the new Quest, like its predecessor, will once again be built at Toyota’s Prospection plant in Durban and, in addition to be being more modern than the 10th generation based model that went on sale six years ago, also has more power and a broader range of models.

Compared to the model on which it is derived from, the Quest’s exterior differences consists of a new front bumper minus the fog lights, a matte black lower apron for the mid-range Prestige and colour coding for the flagship Exclusive, a tweaked grille and colour coded garnish for the rear number plate cavity. 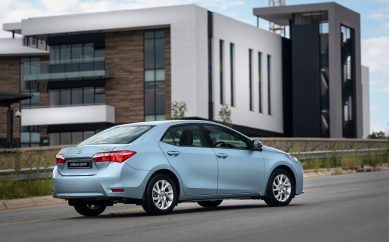 Inside, a choice of three trim finishes is offered; black/blue for the unbadged base model, blue/black or grey fabric and leather with red accents on the Prestige and black leather with silver stitching as well as a 60/40 split folding rear seats on the Exclusive.

On the equipment side, all models receive Vehicle Stability Control, all around electric windows, a four-speaker sound system with Bluetooth and USB, LED daytime running lights, auto locking doors, ABS and EBD, steering wheel audio controls and Hill Start Assist as standard, with dual front airbags and a driver’s knee-airbag included on the base model.

Upping the ante however, the Prestige swaps the base model’s 15-inch steel wheels for 16-inch alloys and also gains an upgraded six-speaker sound system, a leather wrapped steering wheel, cruise control and a DVD-compatible touchscreen infotainment system that acts as a display for the reverse camera, while at the pointy end of the range, the Exclusive features LED headlights, keyless entry, automatic air-conditioning, push-button start, rain sense wipers and a TFT instrument cluster display. 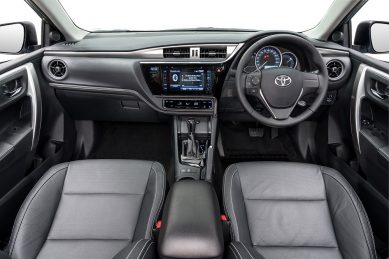 Up front, the Quest dispenses with the previous model’s 1.6-litre engine in favour of the outgoing Corolla’s 1.8 that produces 103kW/173Nm. Now hooked to a six-speed manual gearbox as opposed to its predecessor’s five and with a CVT being optional across the range, Toyota claims a combined fuel consumption of seven-litres/100 km for the former and 6.3 L/100 km for the latter.

A three year/100 000 km warranty and three-service/45 000 km service plan is standard across the Quest range.