Sketches preview all-new Hyundai i20 ahead of Geneva debut

Commissioned sketches sees the i20 being heavily influenced by the all-new Sonata.

Hyundai has commenced its latest teaser campaign centring around the all-new i20 that has been confirmed for unveiling at the Geneva Motor Show next month.

The first model to debut the marque’s new styling language dubbed ‘Sensual Sportiness’ in Europe, the commissioned sketches sees the i20 being heavily influenced by the all-new Sonata at the front in the shape of the honeycomb grille, sweptback headlights and prominent shoulder line, while the roof appears noticeably appears lower than the current model.

Dominating the rear are U-shaped light clusters cutting into the panel and separated by a black centre panel with the Hyundai badge prominent, a V-shaped C-pillar and slats on the faux diffuser.

No details regarding the interior or powertrain options were disclosed, but expect the latter to include the 1.0 and 1.4 T-GDI petrol engines in various states of tune, as well as the carryover normally aspirated 1.4-litre petrol and the 1.4-litre turbodiesel.

Although recently spied online undergoing testing still wearing layers of masking, expect more details and indeed images to be revealed leading up to its unveiling in Geneva. 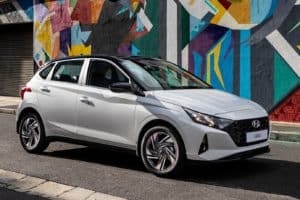 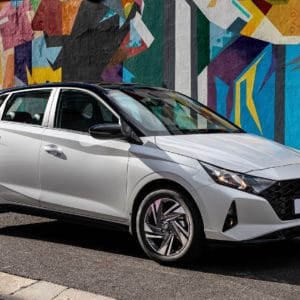